This year in Michalowice I was looking for an interesting concept to realize. I have been doing too many boring photos recently. So I was walking around looking at places, trees, paths, houses, trying to find inspiration. I started to explore one cellar that was more like a dungeon, and that is where I have found lot of treasures:) One of these were two red toy planes. That is a gadget I can play around to create some crazy story. For that, I have also found two beauties with feminine forms: Angela and Inka.
I was waiting for afternoon light so that I could show colors of those planes and autumn that just came. You know red planes would look grey in black and white. So I walked again a little looking for places where there are not many distracting colors in the background, and where I can have an interesting perspective, as having two models to set in the scene requires some three-dimensional planning.
As Inka is taller than Angela, I have decided to put her further from the camera to keep proper proportions and composition in the scene. As tourists were passing from time to time, we had to keep shooting short. Also, the sunset was coming. I have used Kodak Portra 160 here on my Hasselblad. With 110/2 lens closed to 2.8, 4.0 and 5.6 – depends on how far models were standing from each other. A Much better effect I would obtain by using large format camera where I can tilt/shift bellows to keep both models in focus + blurred background. However, for that, I would need much more time and no passing hikers.
Anyway, we had some fun making those photos. I even didn’t have to direct too much. Girls were so natural and happy playing with planes, that my role as a director was minimal.
In the end, we have met our photographer friend Wiktor who has decided to join our Monty Pujan flying circus. 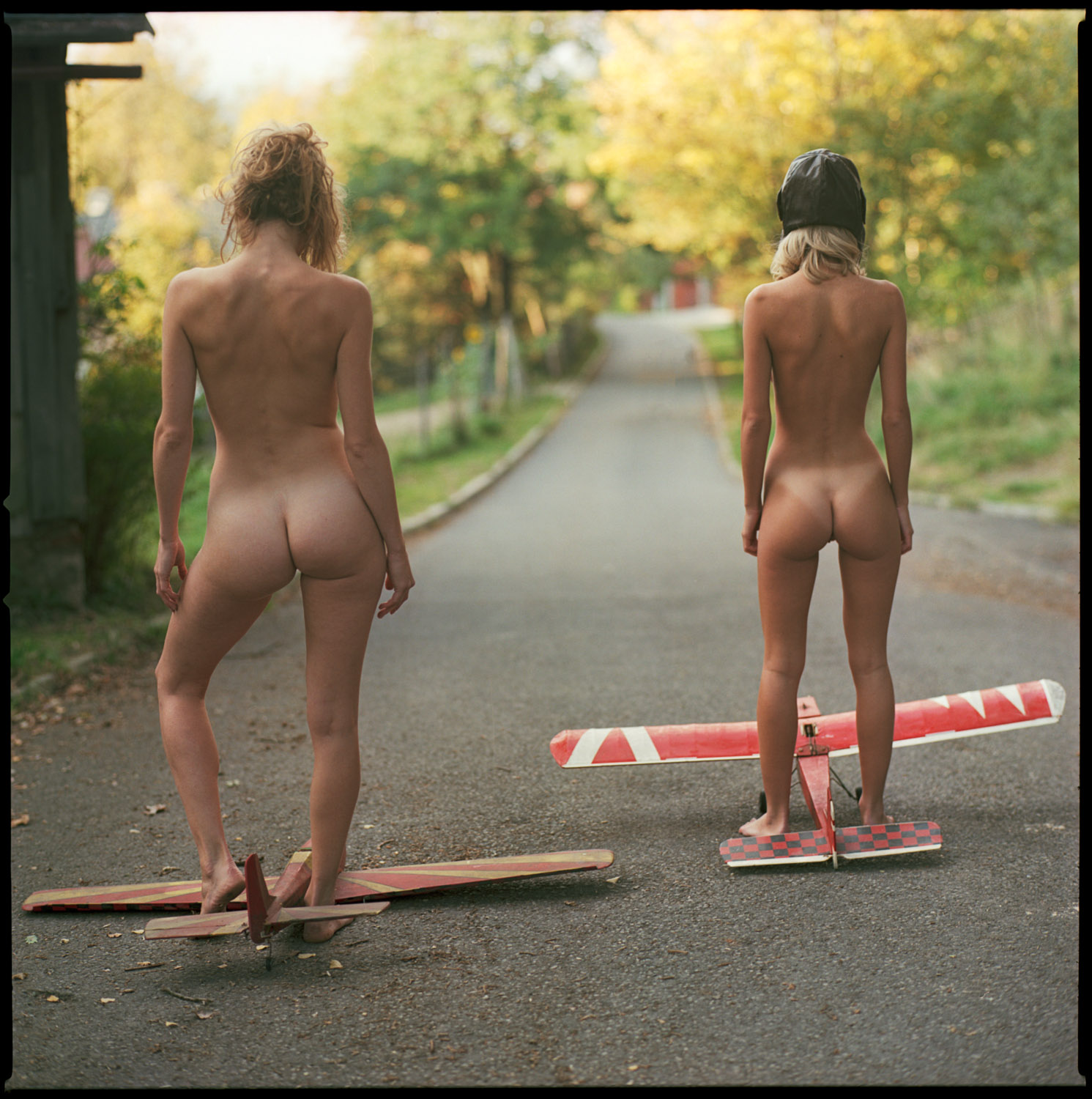 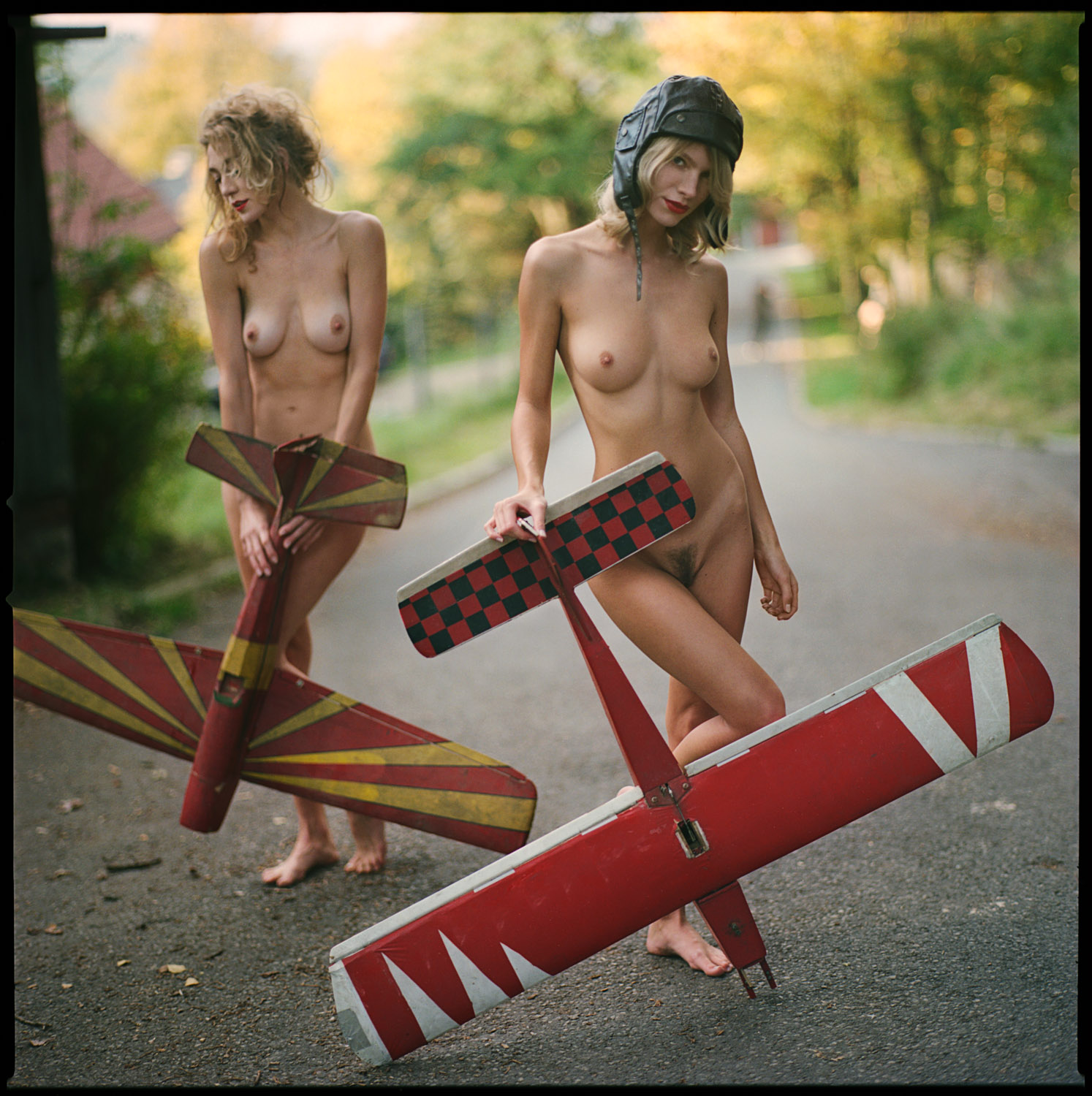 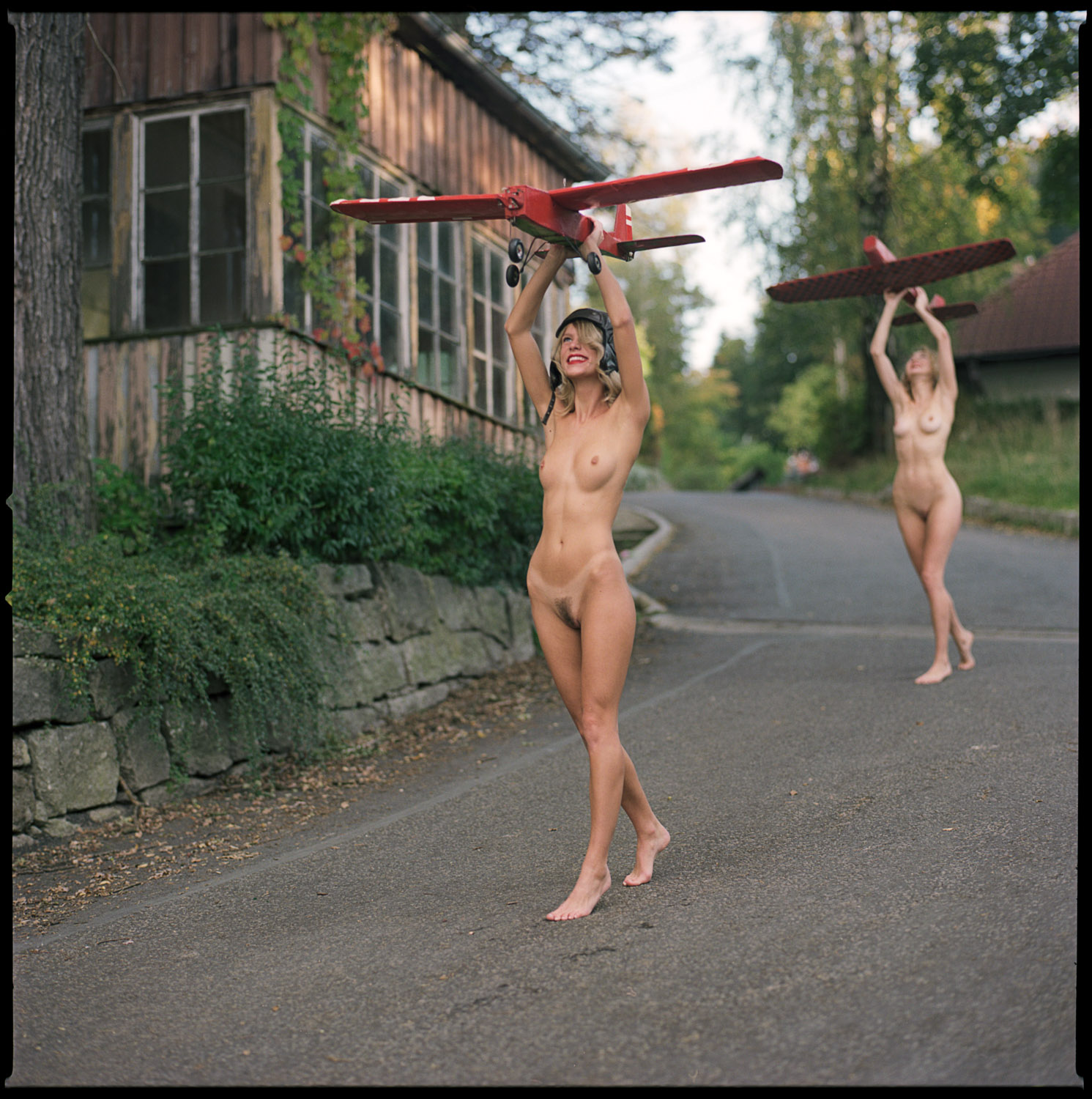 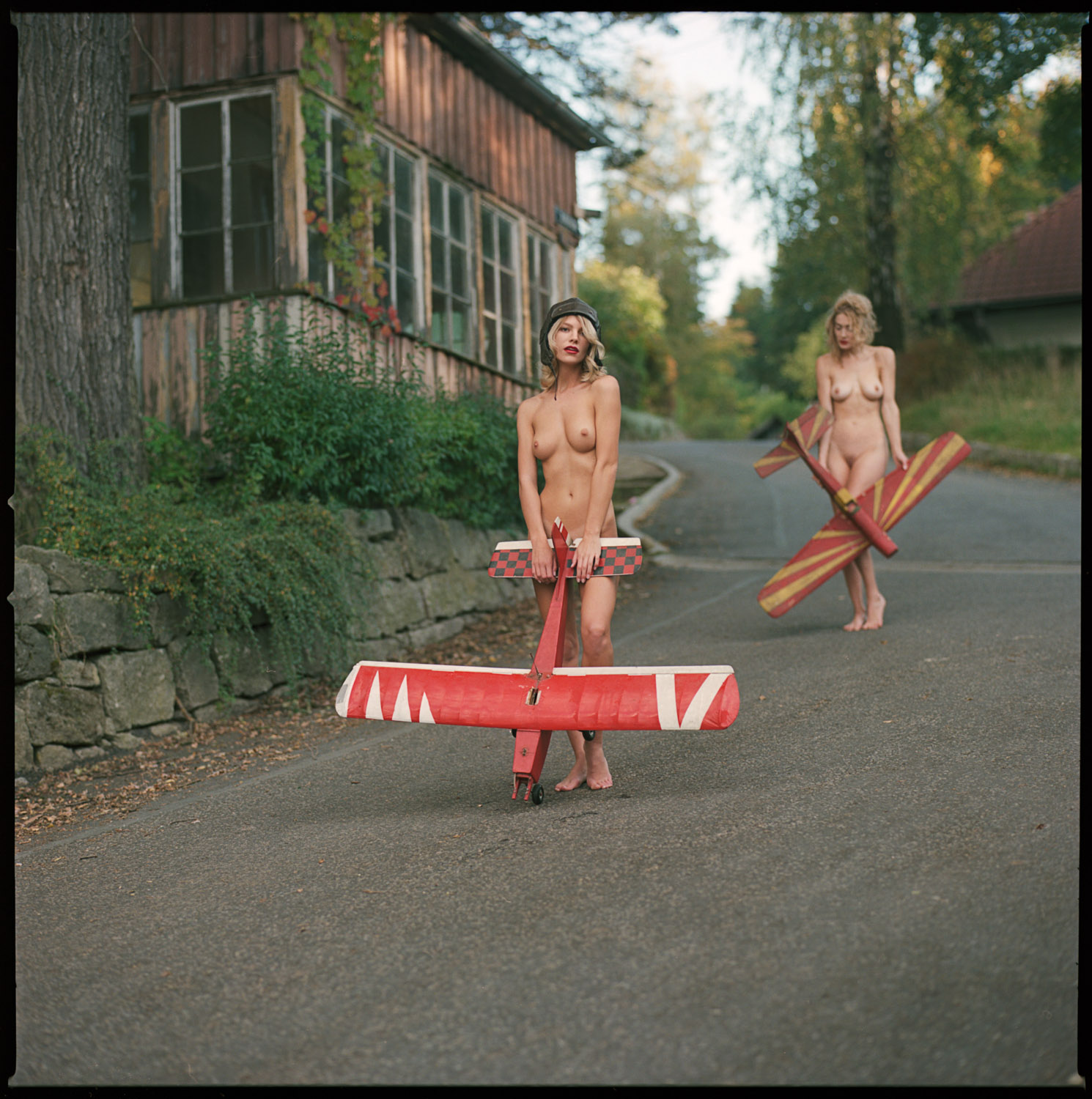 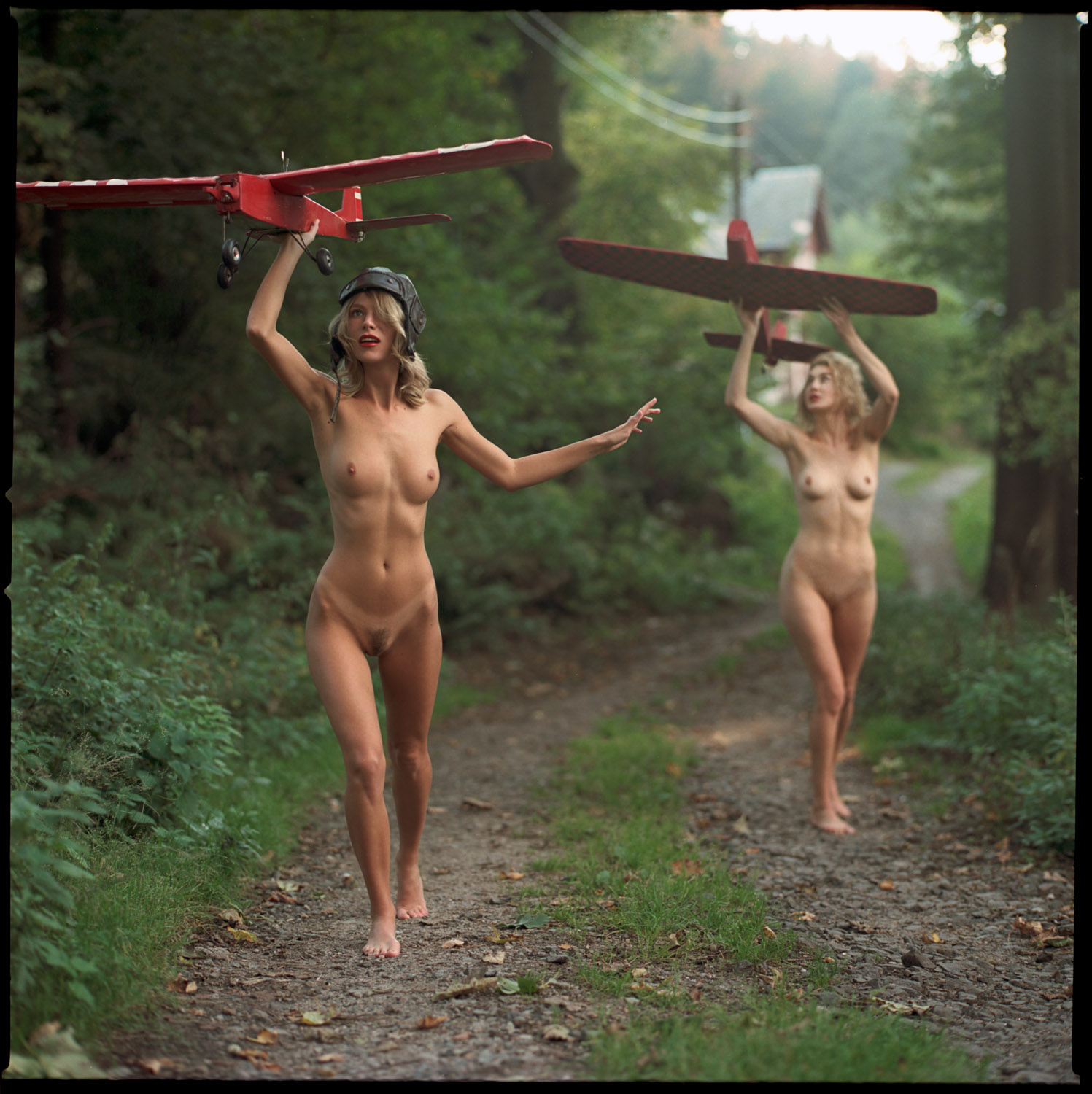 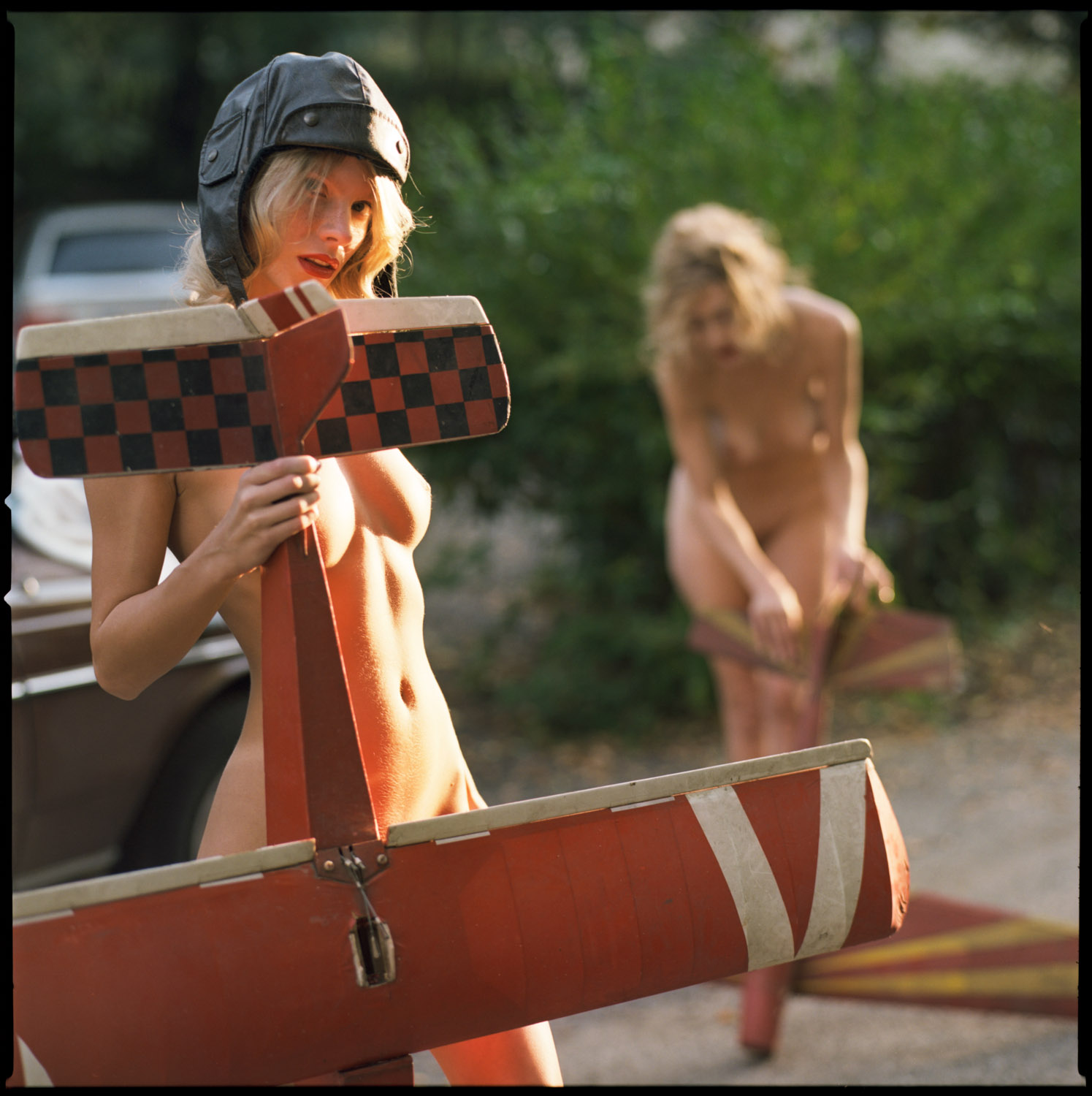 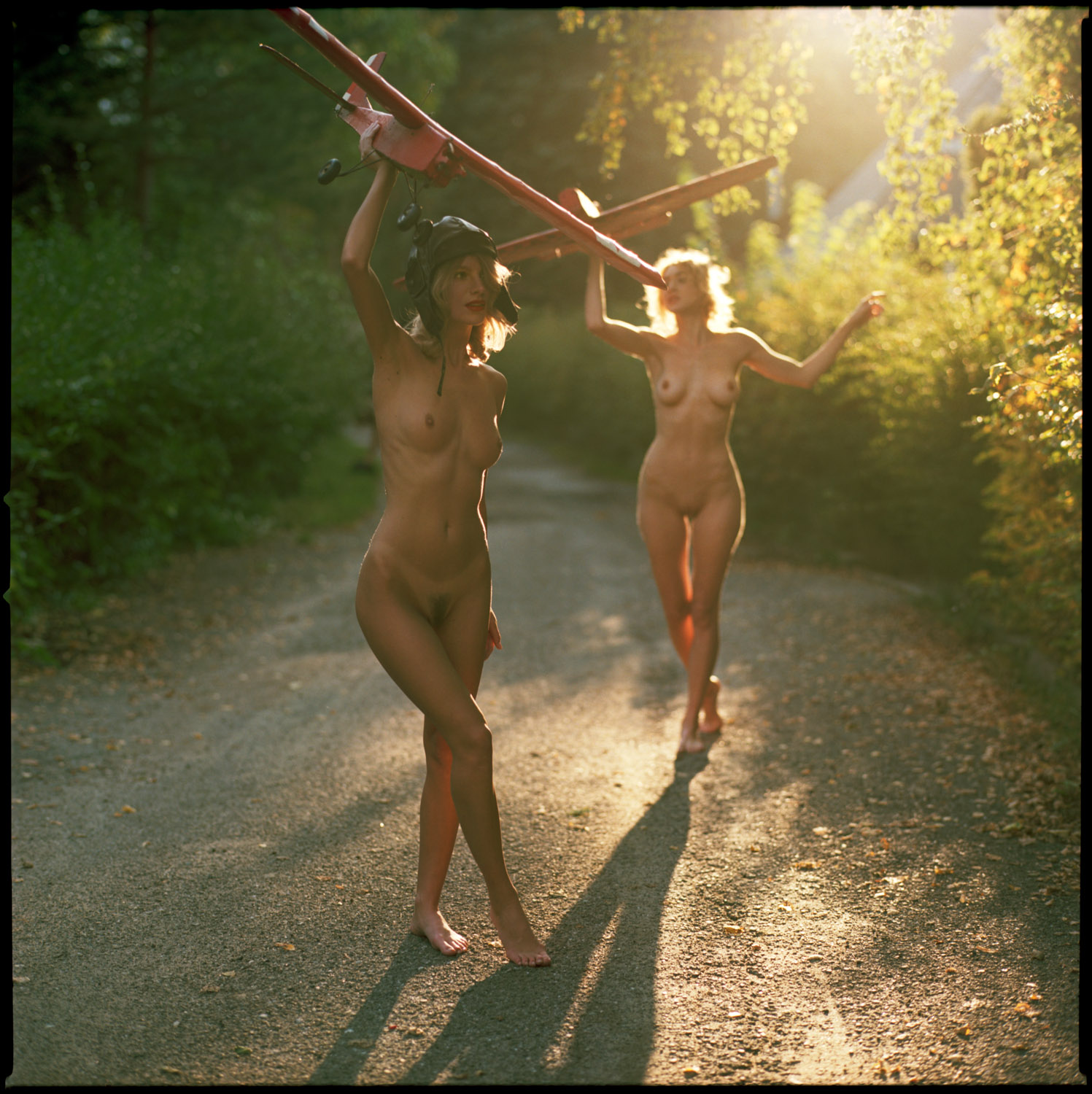 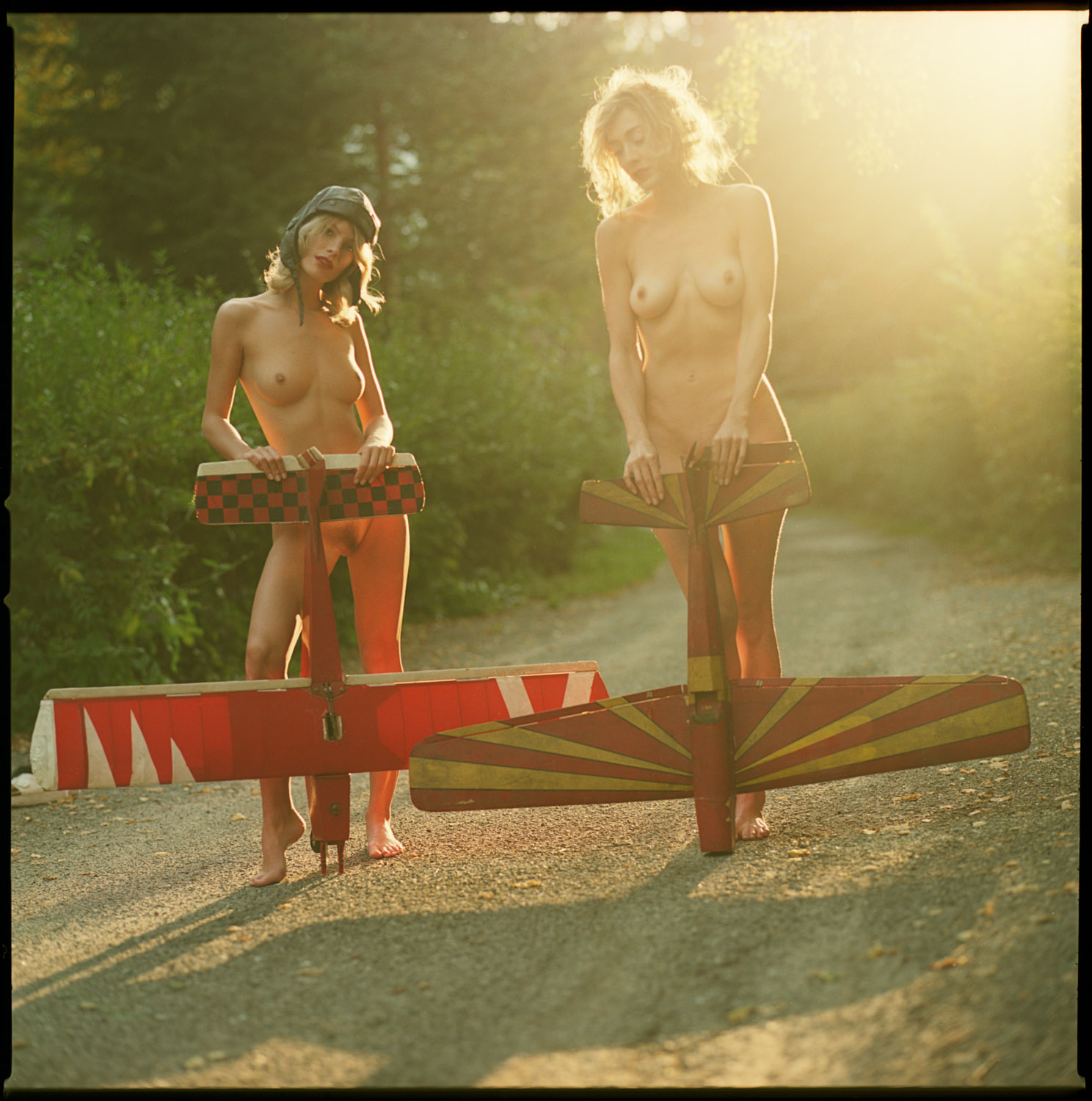 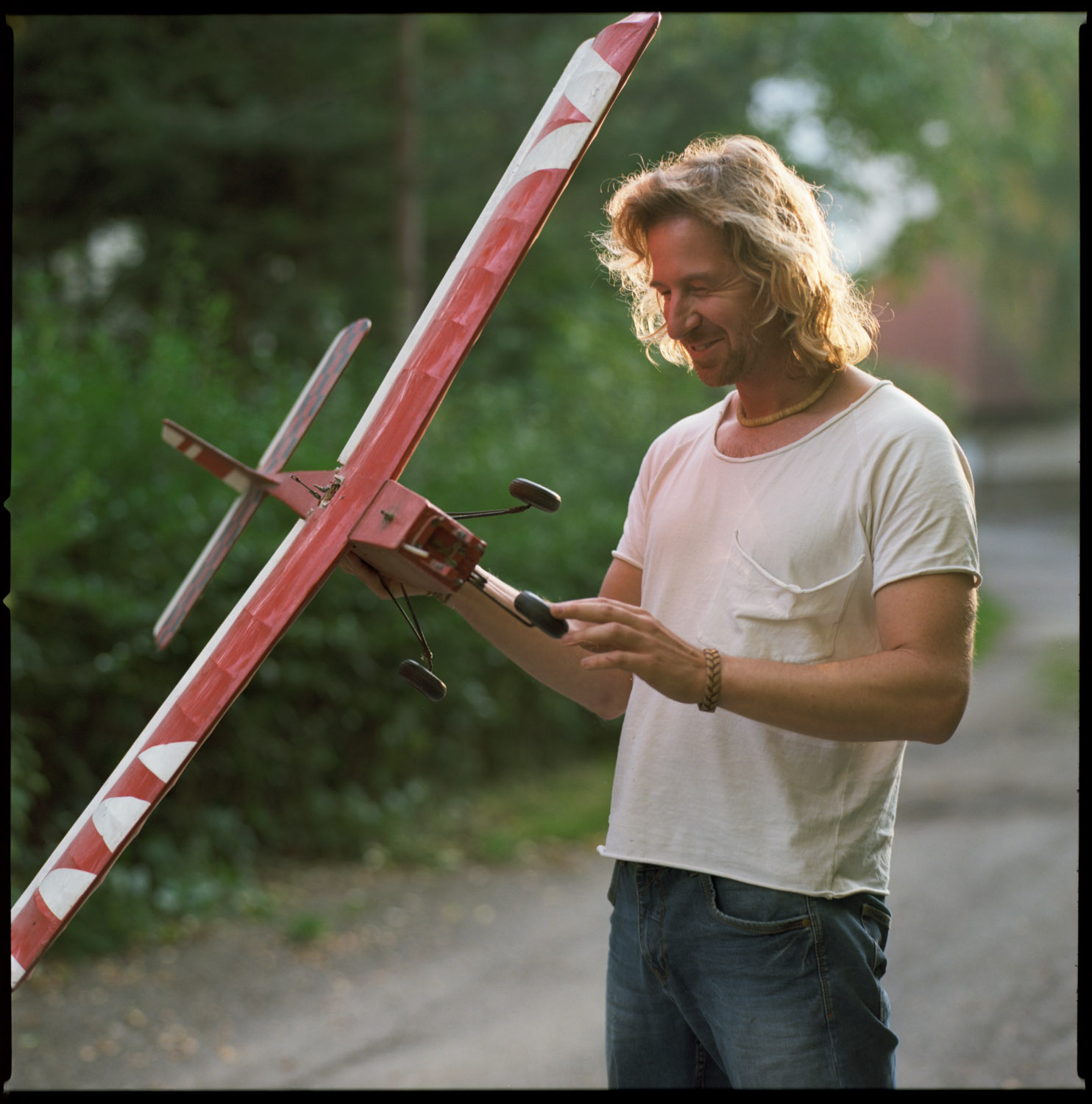