Michalowice, 3 days of constant rain. Lots of models, photographers, stylists, but no way to shoot outside – and I have no ideas for the interior.
Did a quick research on Google maps and found there is a small palace around. Asked Andrzej and Kateryna to join me on my trip there. We tried some clothes. Elegant suit for Andrzej and black laces dress for Kataryna. Some pretty shoes for the lady and one umbrella Andrzej had with him. I have also packed another dress in cream colour in my bag, together with my Hasselblad and some Kodak Tri-X films.
Rain looks good in black and white, as this sad blue-grey mood disappears.

On the way to palace it was raining cats and dogs. We have arrived but nobody was brave enough to step out of the car. We spent the next 10 minutes, while the windows of the car were steaming up, hoping, wondering if the rain will pass. No such luck!
On the way back we have noticed a tiny airport with 3 ancient aeroplanes, and a small building. Maybe this will be a good place for photos after a hot coffee. Luckily there was a person inside, a small bar and two tables. We have ordered soup, then tea and cake, waiting for the rain to end.

An hour later and we were still waiting, we decided to take a chance and do photoshoot anyway.
I have found a nice hat hanging in the bar and together with the golden dress I had in my bag, our model looked like from the 30s. The aeroplane standing 100 meters in the background was a perfect match for our plans.
I have taken a long coat, Andrzej as well, and the umbrella, and we decided to head for this photo shoot. I first made a reconnaissance. Went there alone and walked around the plane. Wings (front and back) provided some cover from the rain. Good places to put models for a while.
I have returned to take them to realize my ideas. Andrzej was helping with the umbrella, so that model’s hair and the dress would not get wet too quickly. I was under my coat with the camera to protect it from the rain.

Kateryna was posing/covering under a wing, sometimes under Andrzej’s umbrella. When I was ready to take a shoot, I gave a signal to Andrzej so that he steps out the scene for few seconds. A few photos I took with both of them, as a couple. Shooting in those extreme conditions I have managed to shoot one roll of 120mm film. It will be 12 photos on the 6×6 camera.
In the end, all our clothes were wet, shoes wet inside-out, camera completely wet (I have disassembled it and dried immediately – still works today). Most important was the film. That seemed to be safe.

Surprisingly, taking this awful aura into account, the results turned out to be great. Not only the composition but the emotion from the two models was exactly what I wanted.
I have no idea, how I did it or rather how they did it. True actors! And the whole photo shoot took 5 minutes only. 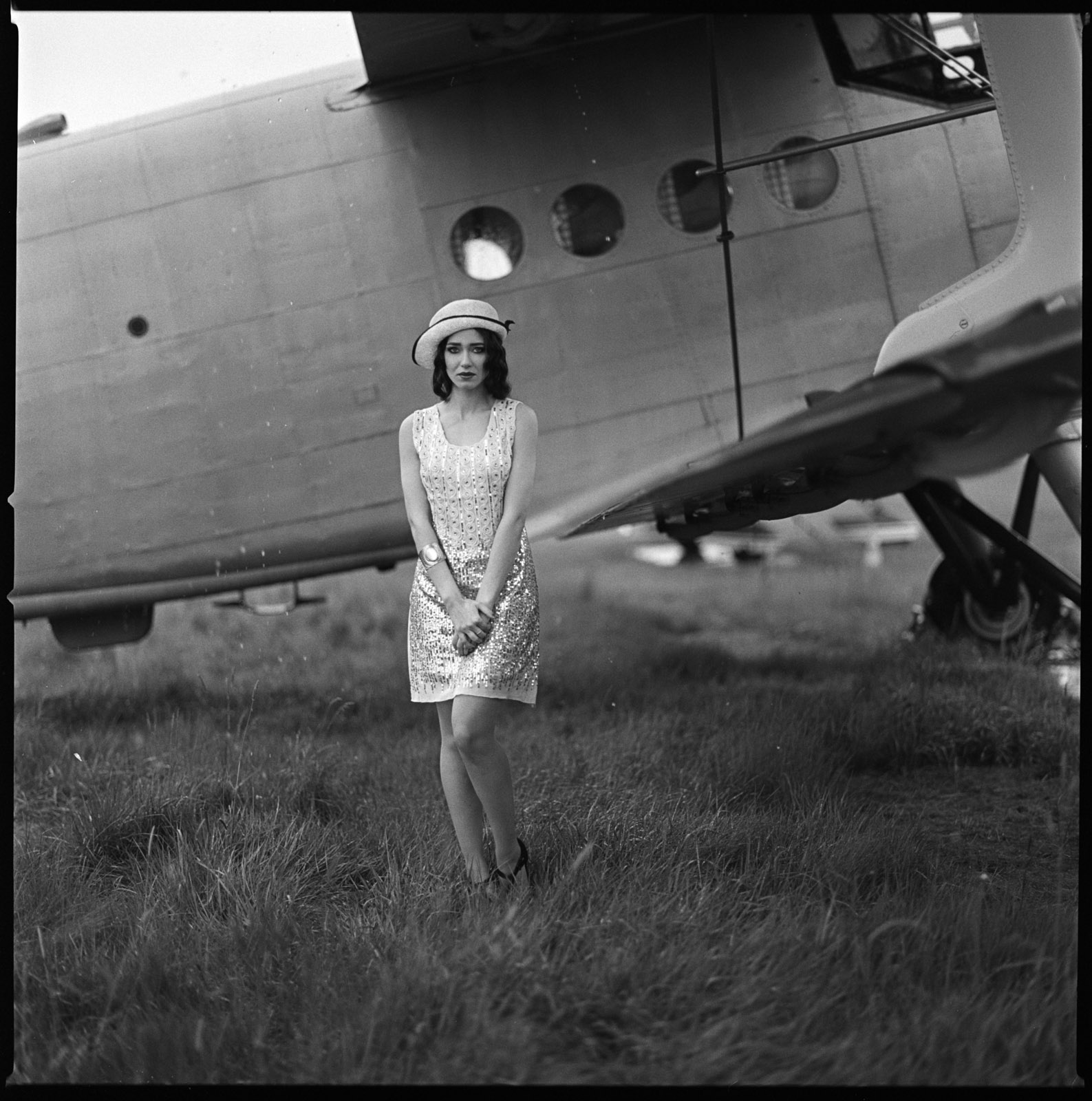 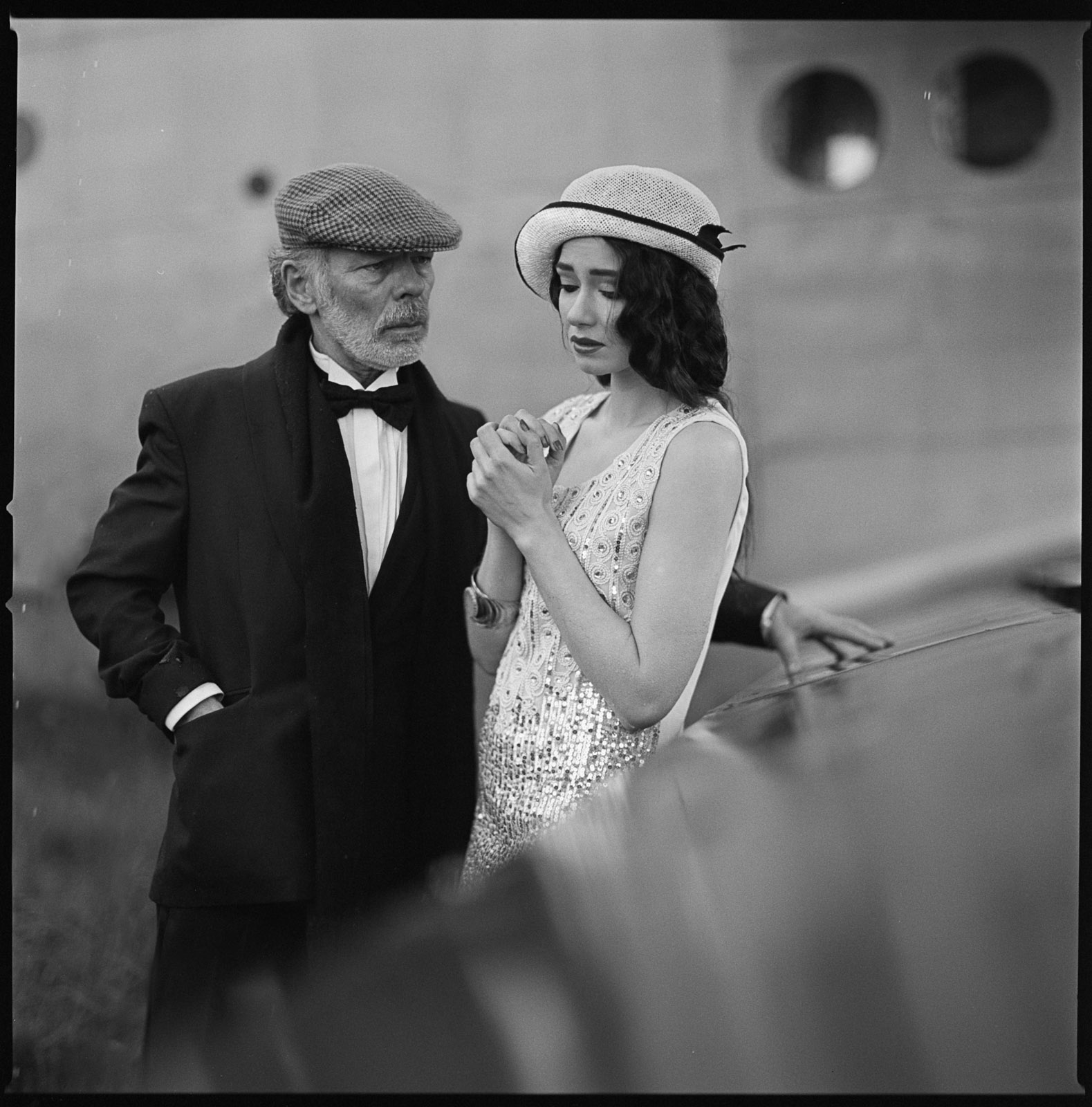 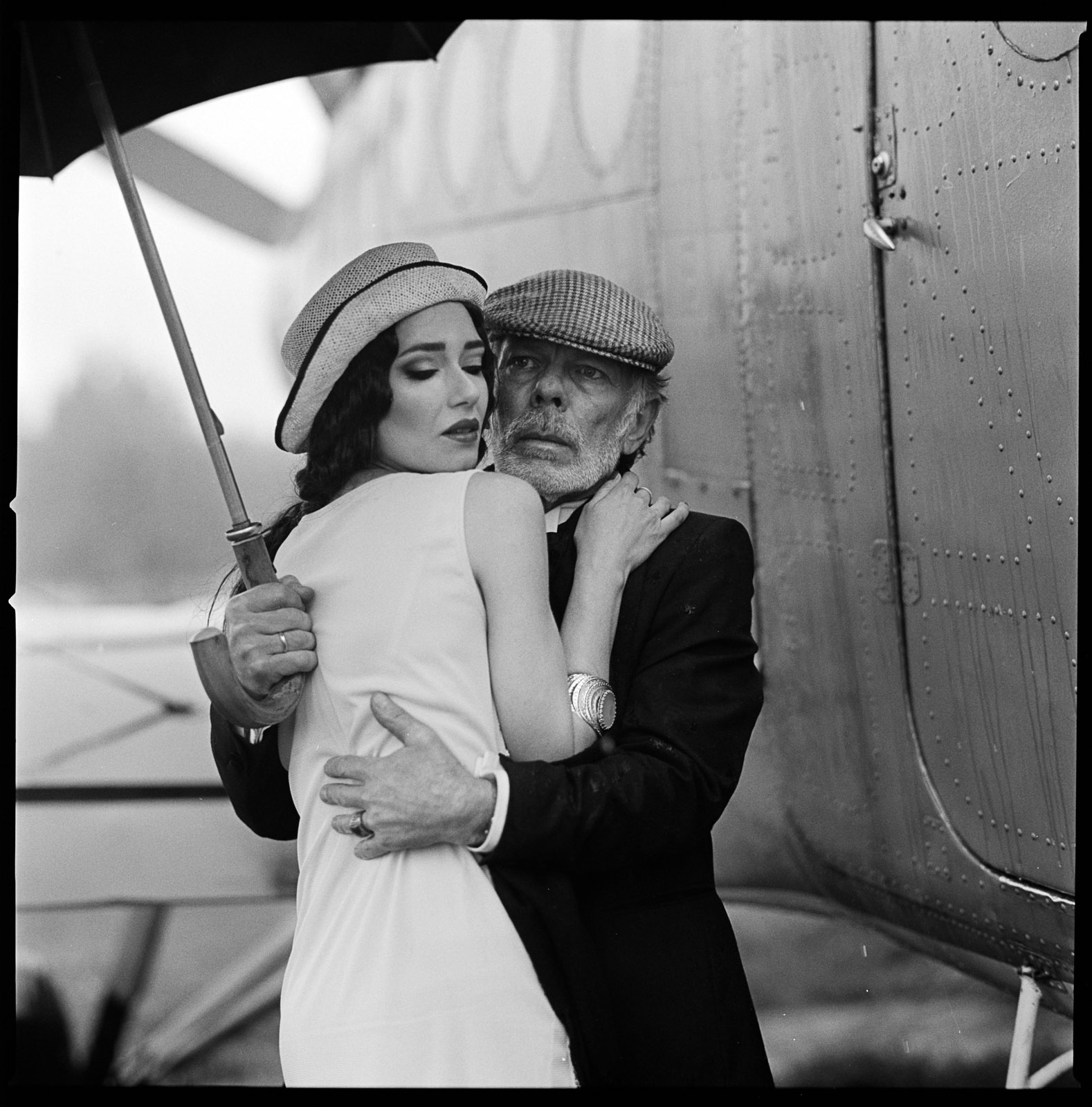 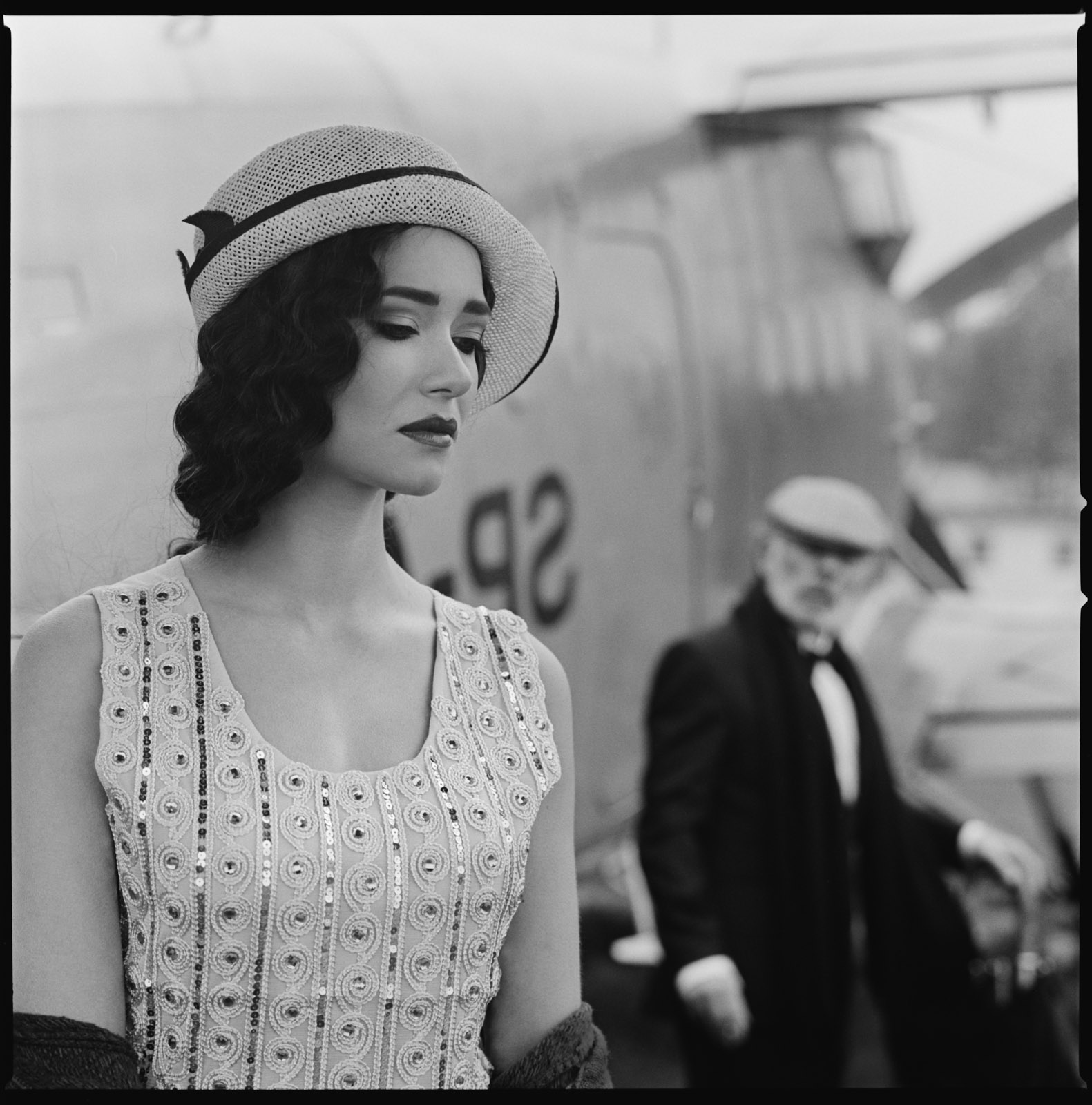 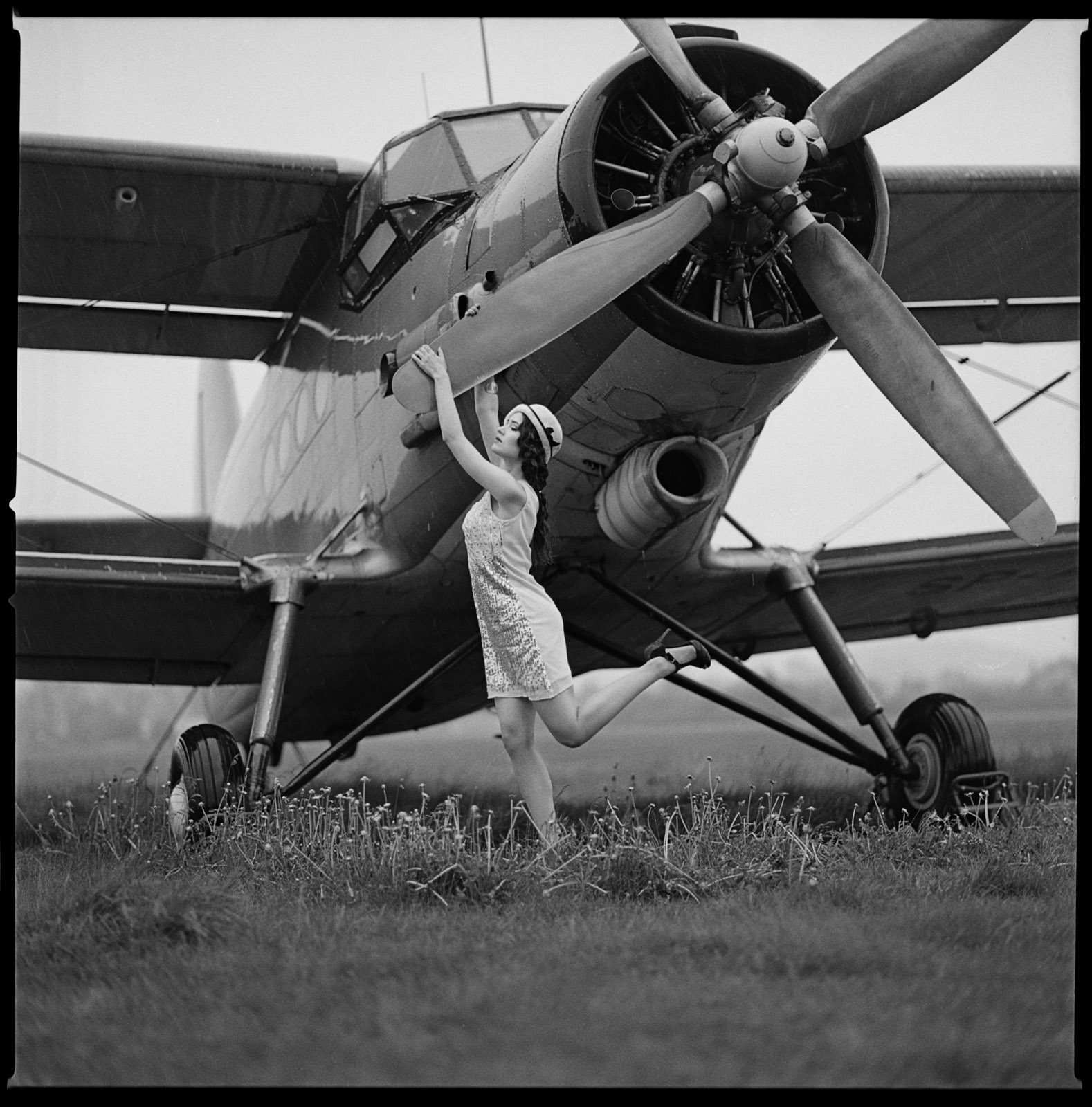 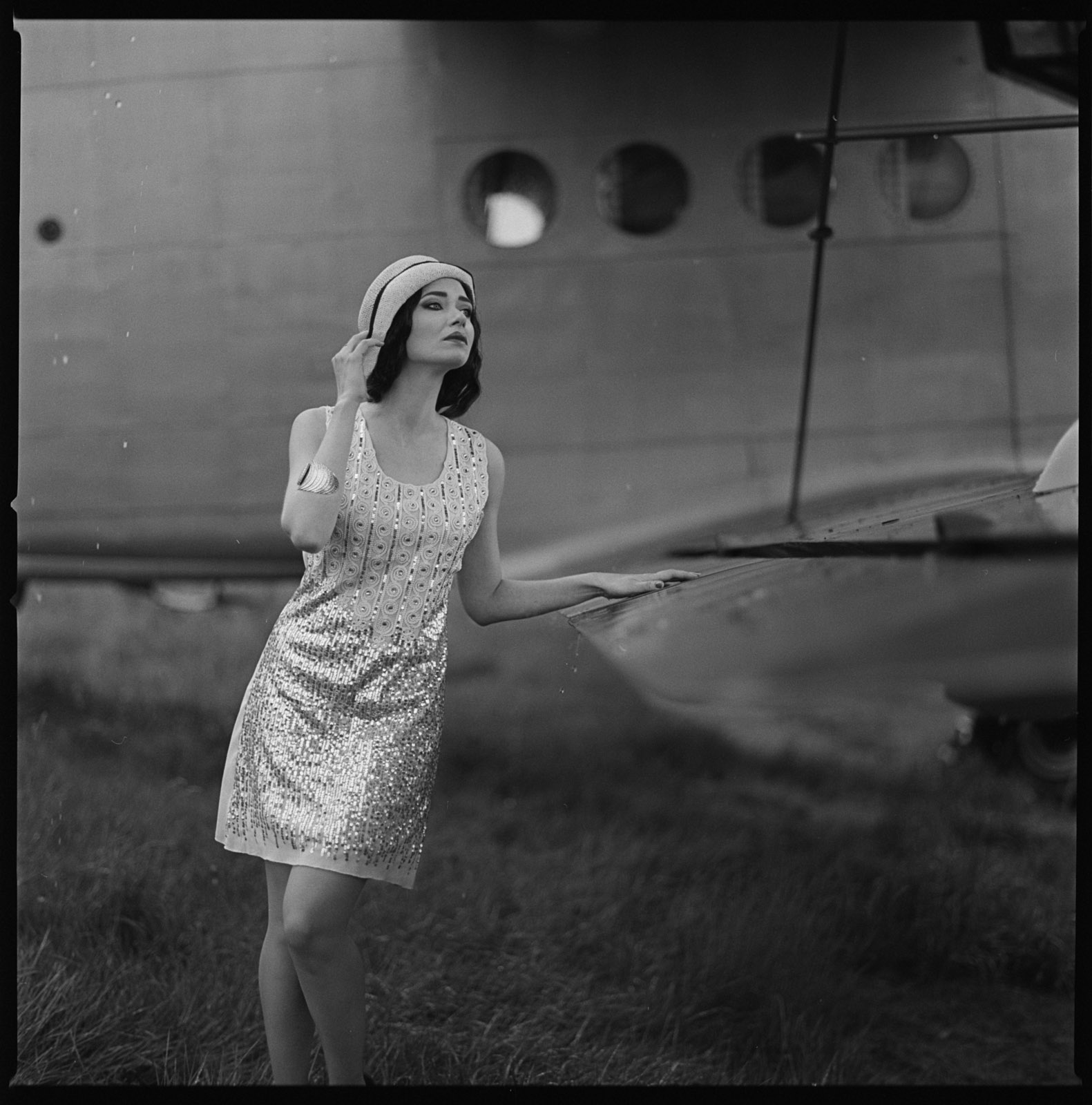 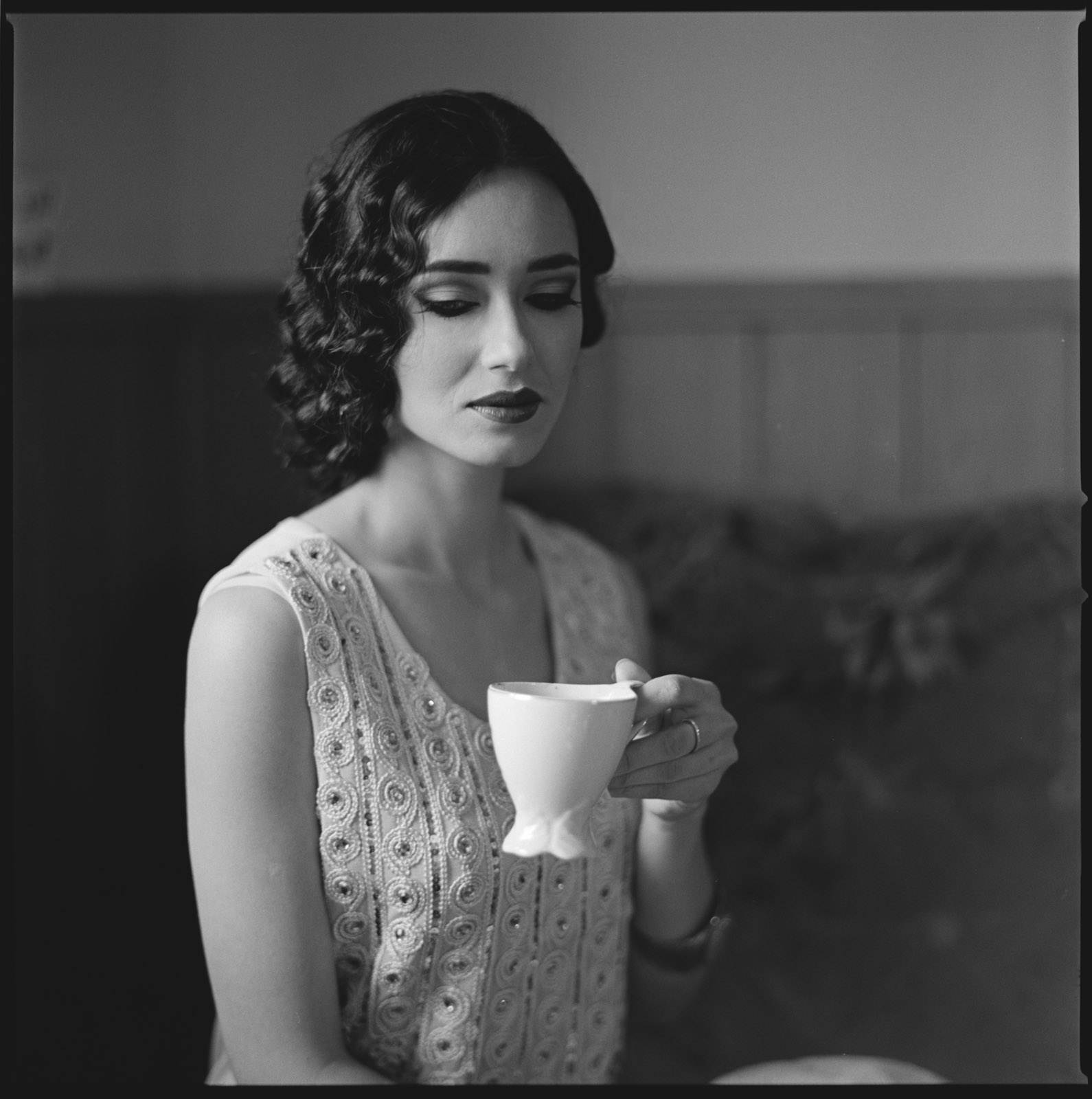