It is one of the oldest photo shoots I can remember. I was going on a family weekend in Amsterdam. I love the aura of this city. It is the unique piece of design and architecture. Walking its canal streets you feel like you are in a parallel universe. Ideal place for a photo session.

Some months before I was passing a shopping street and have noticed in one of boutique, there were mannequins wearing long beautiful handmade angel wings. I went in and asked about it. I was told that they do not sell them, however after Christmas, they were going to change the window mannequins setup, and I can put my name on the list and have it like that. The list was already long, so I was not the only one that had this idea. In January I have called the shop few times, until one day when the lady told me: “yes we are liquidating it now, but if you want it you have to come immediately”. I did it without hesitation.

So then a few months later going to Amsterdam, I thought if I find someone to wear those wings, that may be a cool photo session. I needed a model living in Netherlands, having a unique, original type of beauty. And that is how I found Danika. We decided to shoot nude photos on a Sunday, early morning, while there were no people on the streets. She came from Rotterdam with her boyfriend. First of all, I thought “Oh no… this will destroy the intimacy, and it will end up being quite awkward”, but then turned out to be a great idea. Without him doing this shooting would have been much more difficult.

At 6 in the morning, carrying a big bag and those huge white wings, I hit the streets of Amsterdam. Walking towards the prettiest bridges, I was hoping they will be empty, but there were at times, groups of people coming back from parties.
Suddenly I was stopped by the police patrol. As the car came towards me the policeman opened the window and started: “Hey man where you going with those wings… Photo session huh? Look at this beautiful model sitting next to me – pointing at the policewoman driver – let’s put those wings on her and do a photo session on the street. Will be beautiful”. She blushed.
That would be something I thought, but I already had a model so I just smiled, waved and carried on walking. If not for the appointment I was going to have in 10 minutes, of course, I would have continued this interesting conversation. What a cool police they have in Netherlands.

We have arrived at the same time. Walked a bit. Picked few spots. I knew more or less where I wanted to shoot to have a good background as I did the reconnaissance the day before, however, I prefer to discuss the models so that they know what to expect.
Each time I had set the whole scene. Composition, model position, expression, silhouette, focus, and then on my order her boyfriend was taking, her only piece of clothing, a long coat, and quickly putting on the wings. One more check through the viewfinder to make sure everything is ok, click, and then back on with the coat. There were some people walking by from time to time, but it seems that in Amsterdam everyone is used to such views.
Around 7 a.m. we were going back to our houses. I ended up with a roll of Kodak Tri-X 120mm worth of photos and, as I was using my Pentax 67 camera, that meant there were just 10 shots.

Here you may see results of what we have accomplished. 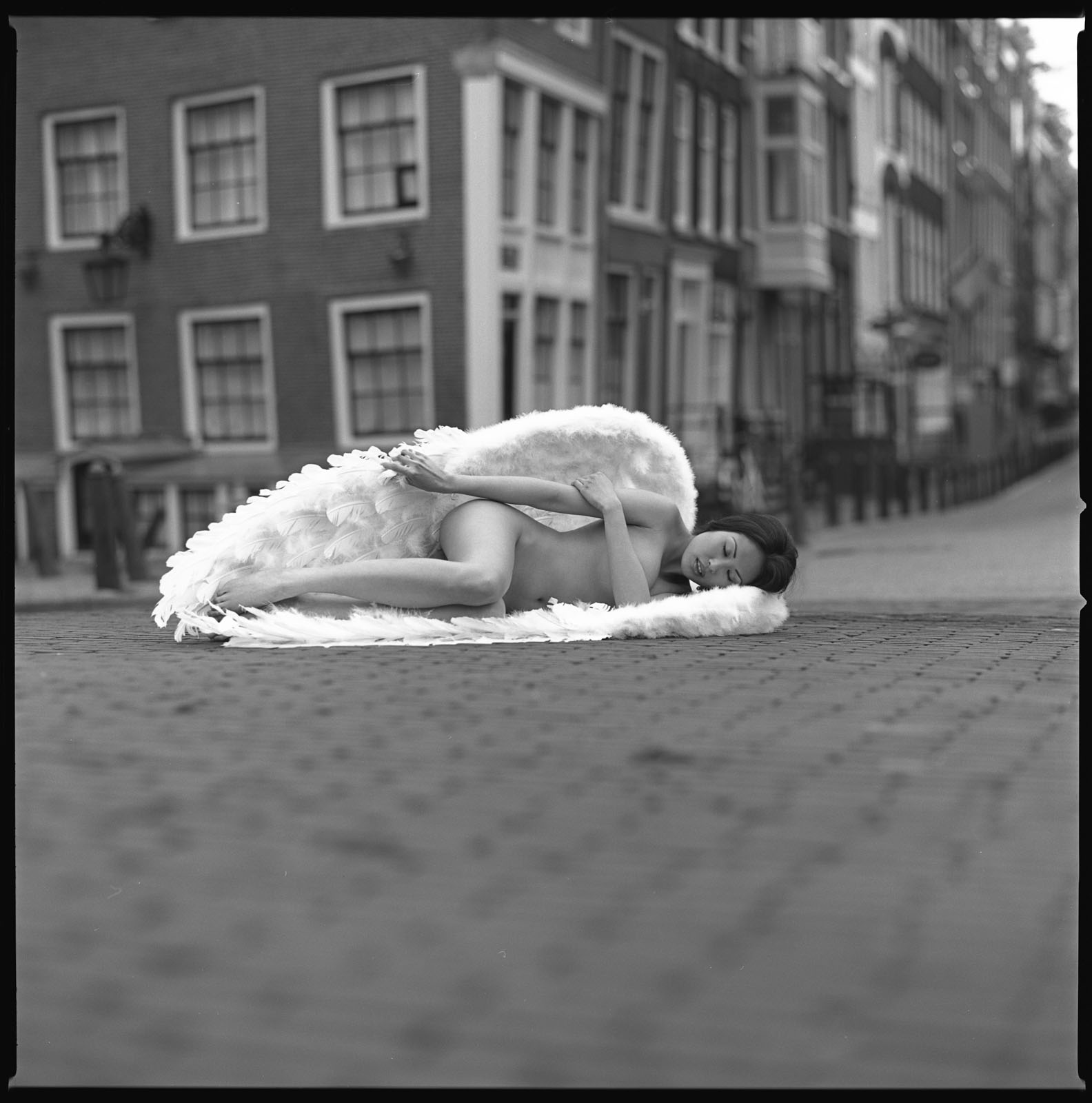 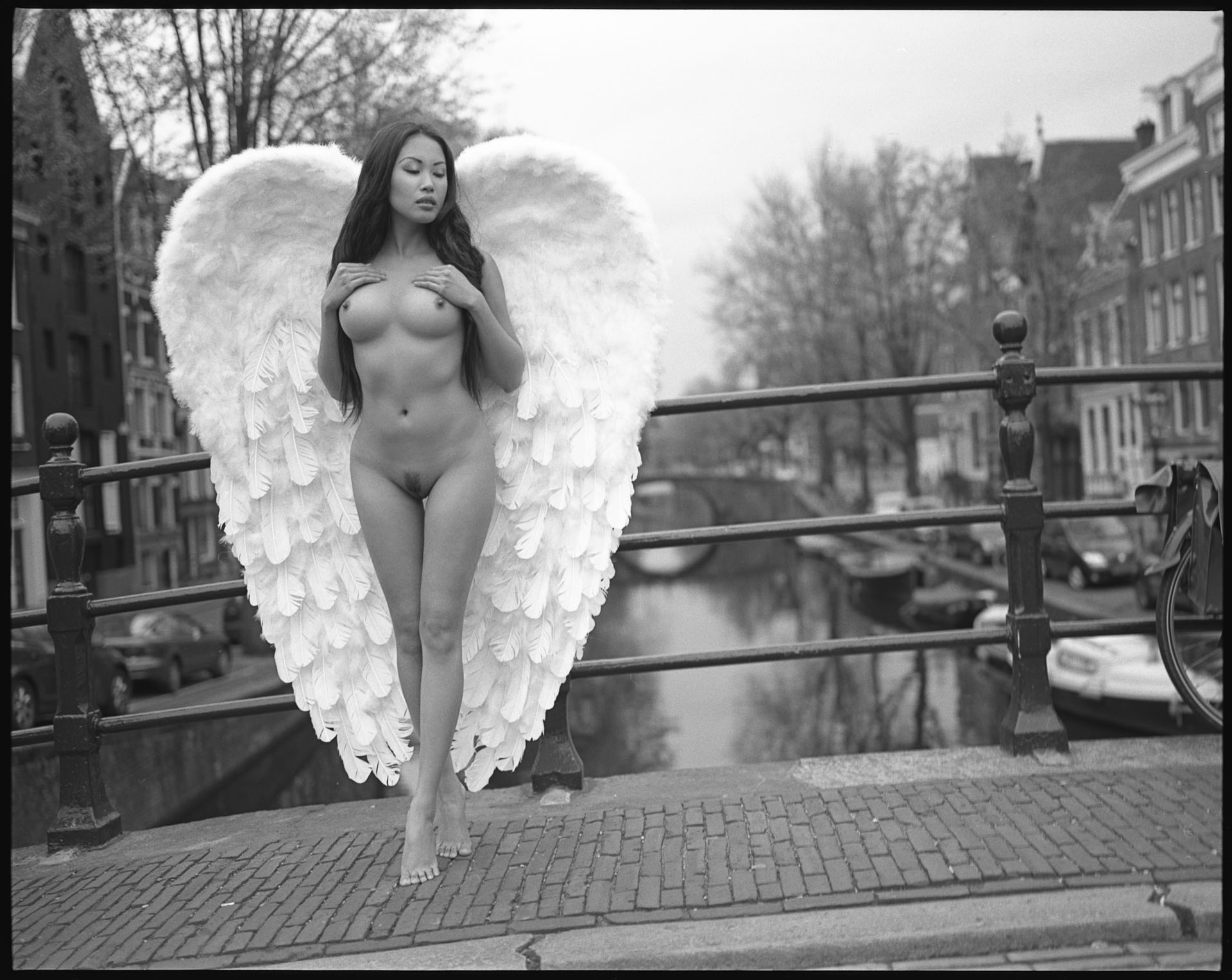 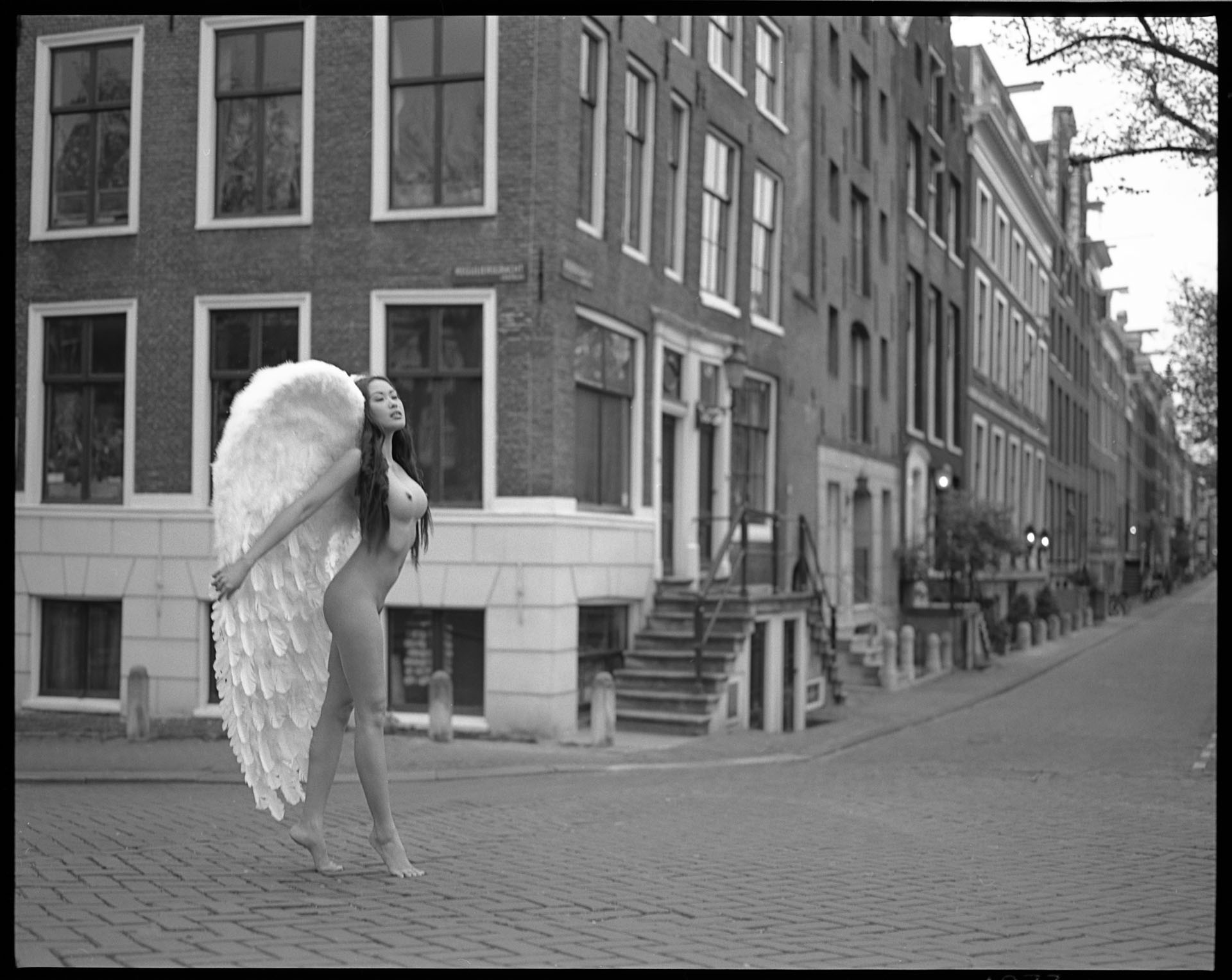 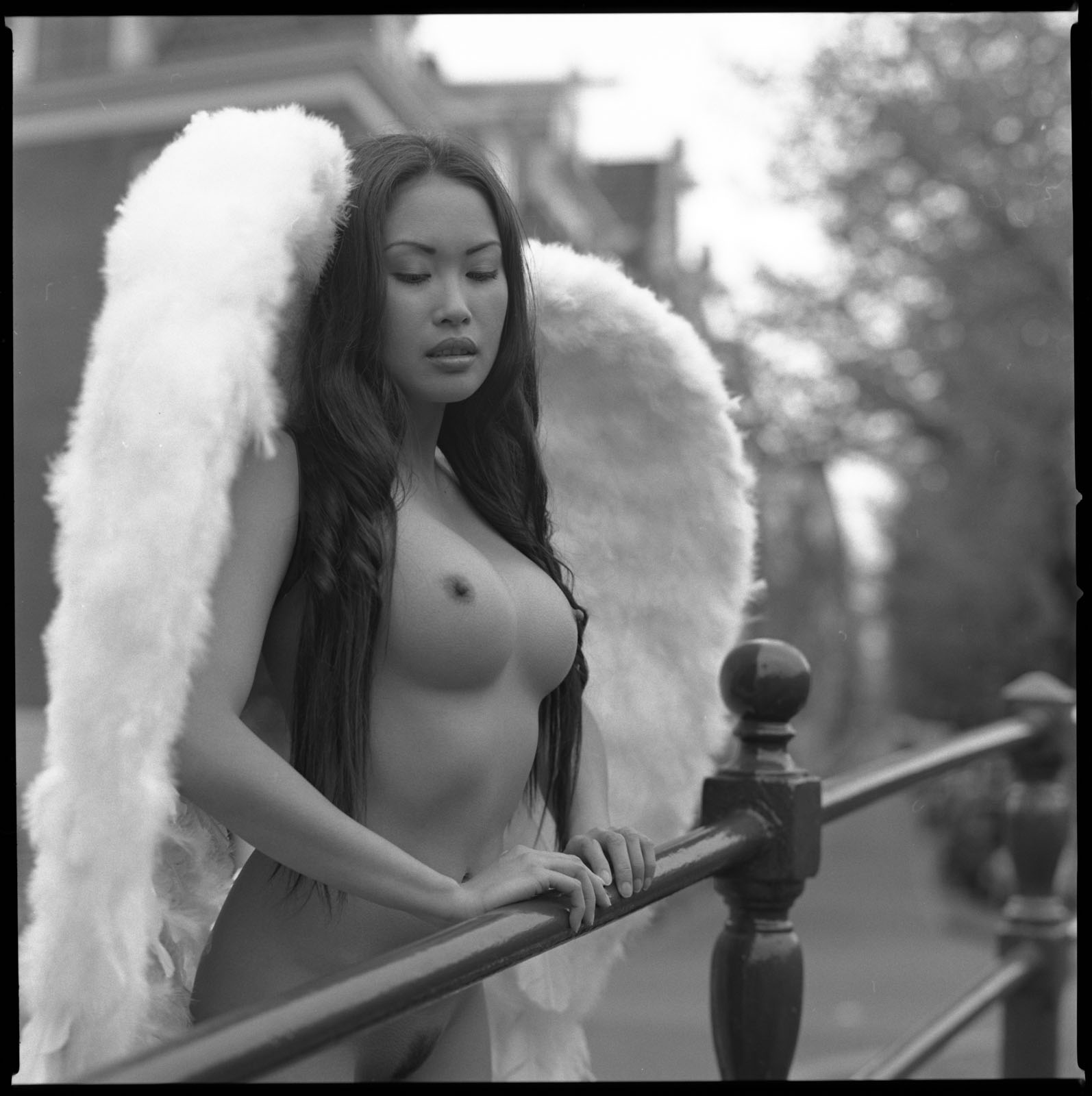 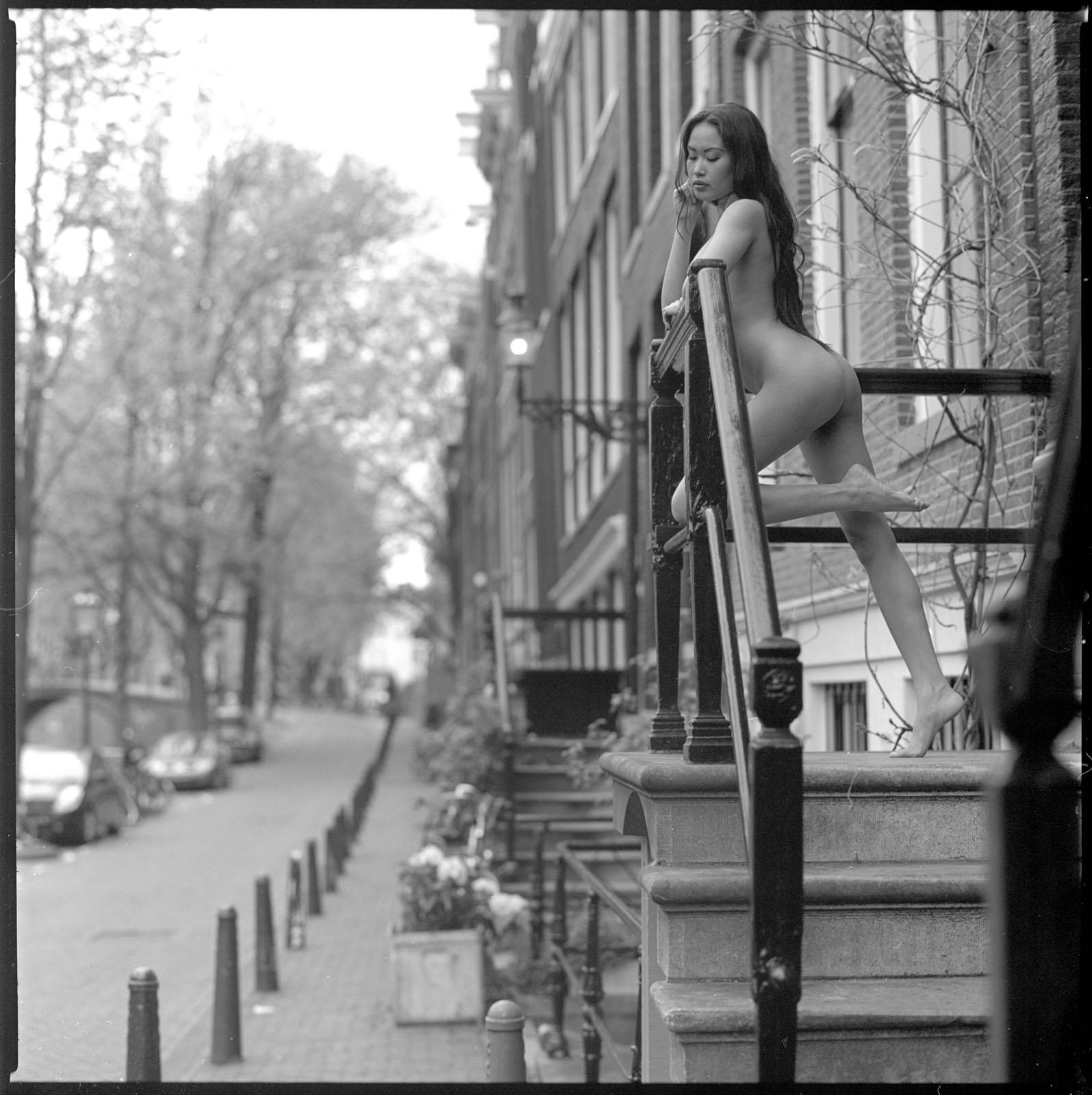 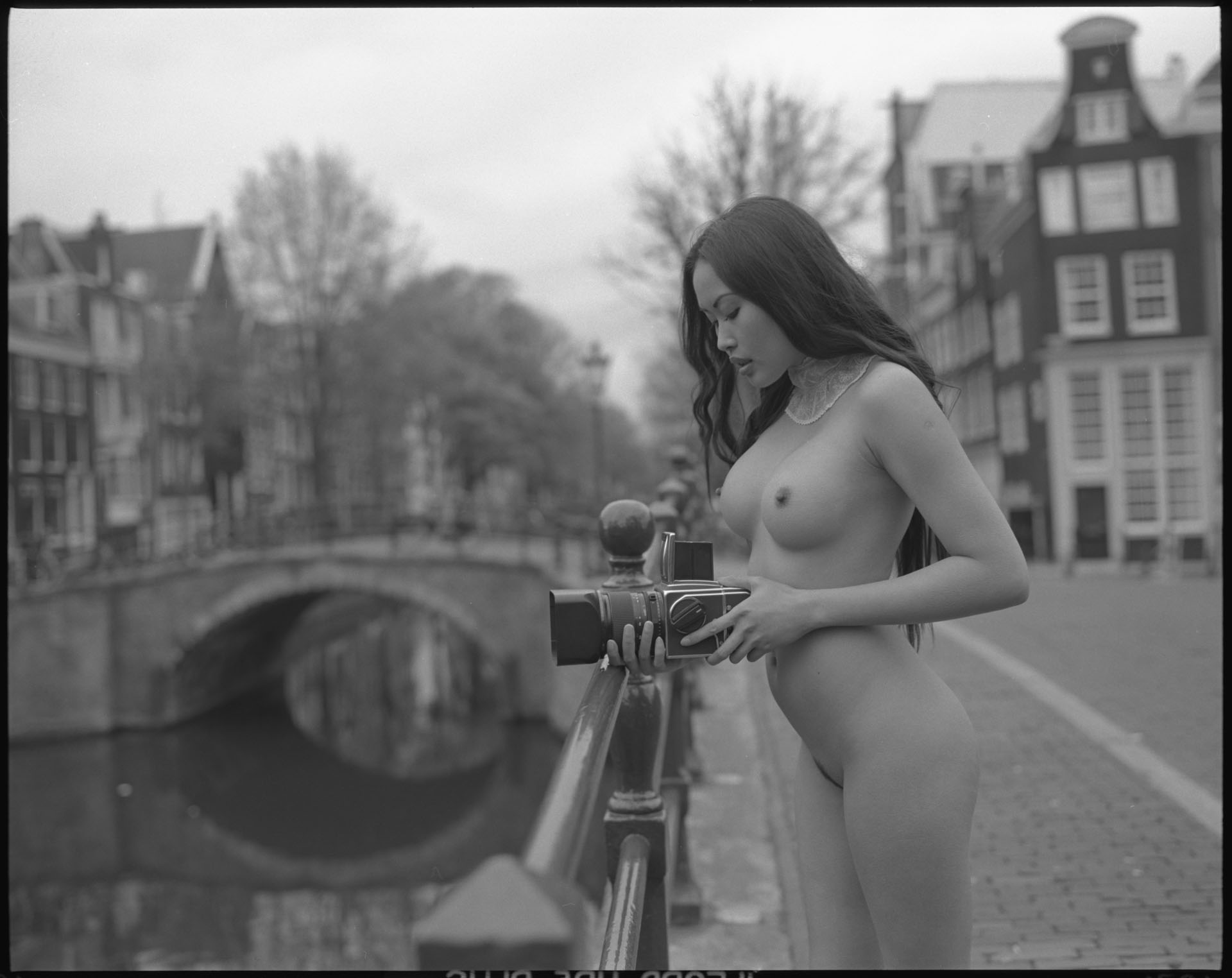