One of my favourite photographers is Ellen von Unwerth. She worked as a fashion model for ten years herself before moving behind the camera. Nowadays she is making fashion and editorial photographs, working for top magazines. I appreciate her photos that have this elegant and classy style resembling Helmut Newton. However, what I feel is unique in her work, is that Ellen’s models are living, they are real, expressing lots of emotions. I often go back to her photographs; it brings me joy seeing them again and again. Hah, the only limited series book I have in my library is her photo album – “The story of Olga”. As the photos compounded in it, cannot be found anywhere else, I had to have it. From all this adoration, I have decided to create something, which will have a similar feel as her works.

While I was on photo meetings in Michalowice (Poland) I have decided to give it a try. One of my favourite models – Kate was there. She has a natural playfulness about her, a real actress in front of a camera – she would be perfect for this role. I needed the second girl with a similar height and beauty type.
There was a beautiful girl called Vicky. She came there as a stylist and a fashion designer. Luckily I have managed to convince her to be my model for this project.

I usually shoot with one of my medium format cameras, however this time I needed a small format as I was planning to get this grainy film look. I wanted to make them a bit blurry as well, to add some aliveness and motion. Grain and movement will also divert attention from details, and thanks to those emotions I wanted to show will surface in the final image. Because of this, I could not use my medium format camera. I have borrowed a Canon EOS-3 from my friend. Automatic and quite modern camera for me, but thanks to that I was able to use some 35mm film. At the same time, I was able to treat it more as an experiment, by shooting many photos at different times (exposure), not worrying much about the number of frames that will be bad.

As I did not have any 35mm films, I exchanged two of my 120mm rolls for 36 exposures Ilford Delta and HP5+. Additionally, I have loaded one Ilford Hp5+ to my medium format camera. Equipment ready.

If you want to have a blurry photo, that will be good and readable at the same time, you need to have two things – a long exposure, and more important – high contrasts. To make this I required heavy makeup around the eyes, lips, cheekbones. So smokey eyes and purple lipstick is the way to go. Another essential element is a spot for the shooting. What I was looking for were a dark background and a good front light. Together with my models, we have found few places like that. I have shot at 400 ISO, and exposure times between 1/2 sec – 1/50sec. We have tried different stylization from Vicky, and some of my items.

Few jokes and stories made my models look playful and natural. I told them the roles I had in mind for the scenes, and soon enough they were in actress mode.
They took what I said and moved it forward, making it their own, coming up with new ideas. I just had to comment from time to time to fix hair, hands, shape of silhouettes. I was walking around them, with my cameras, looking for an interesting light and a proper composition. Turning their faces to play with a light and get a good graphical effect, but at the same time to keep the scene natural, and most important to show that they are together, and that relationship is strong.

Three first photos were taken with Hasselblad using 110mm lens. The rest with Canon 3d and some 50mm lens. 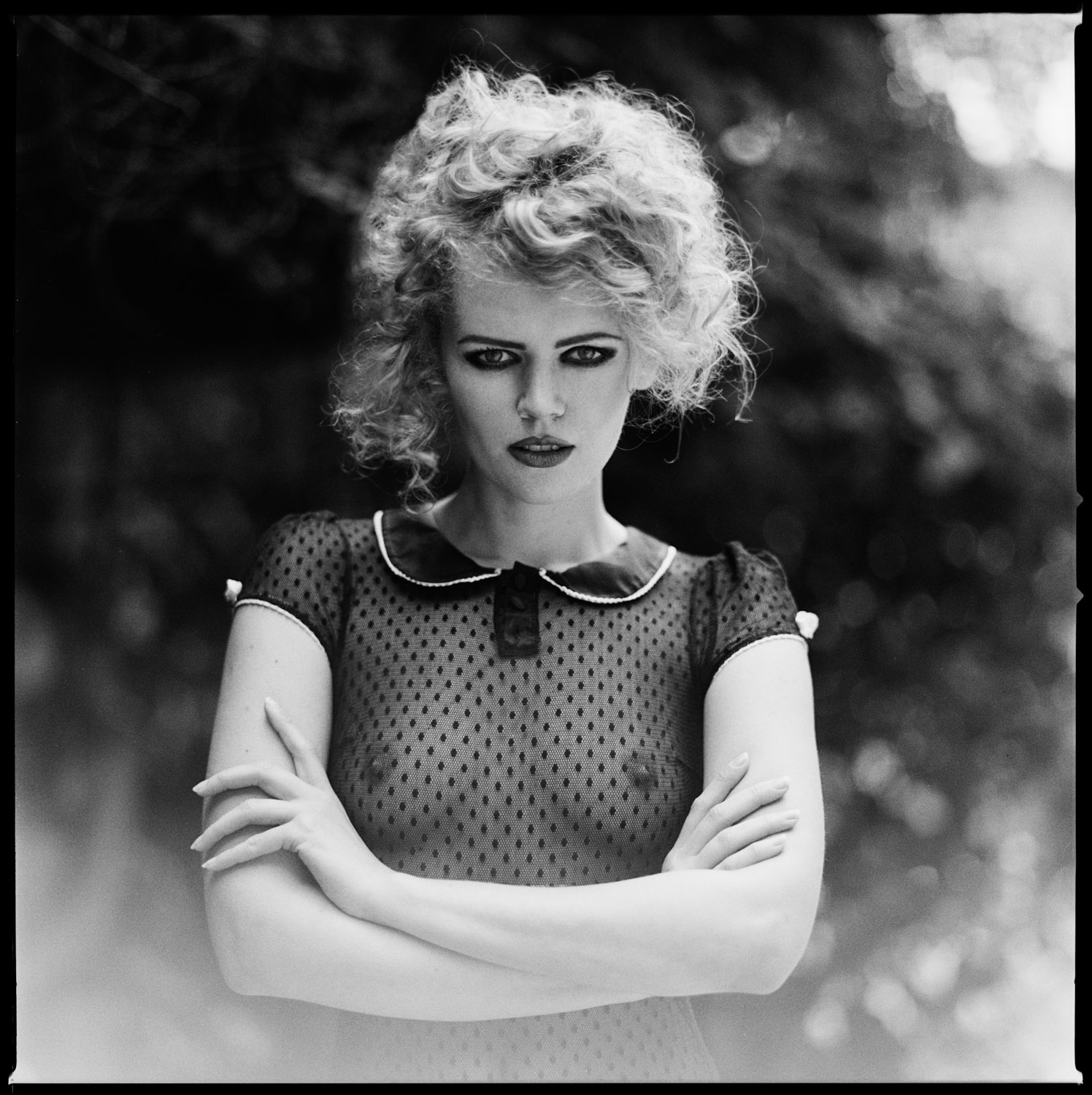 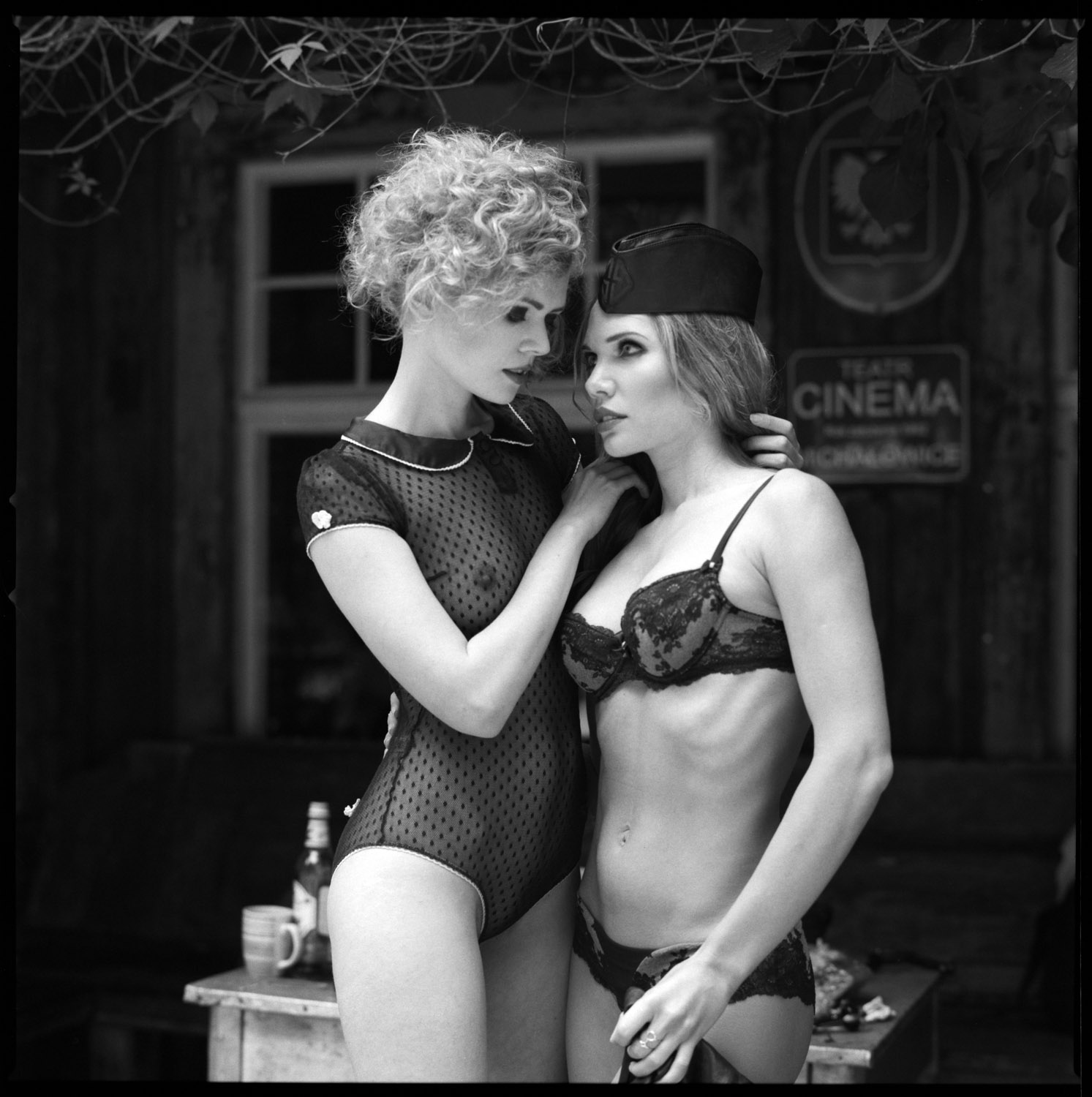 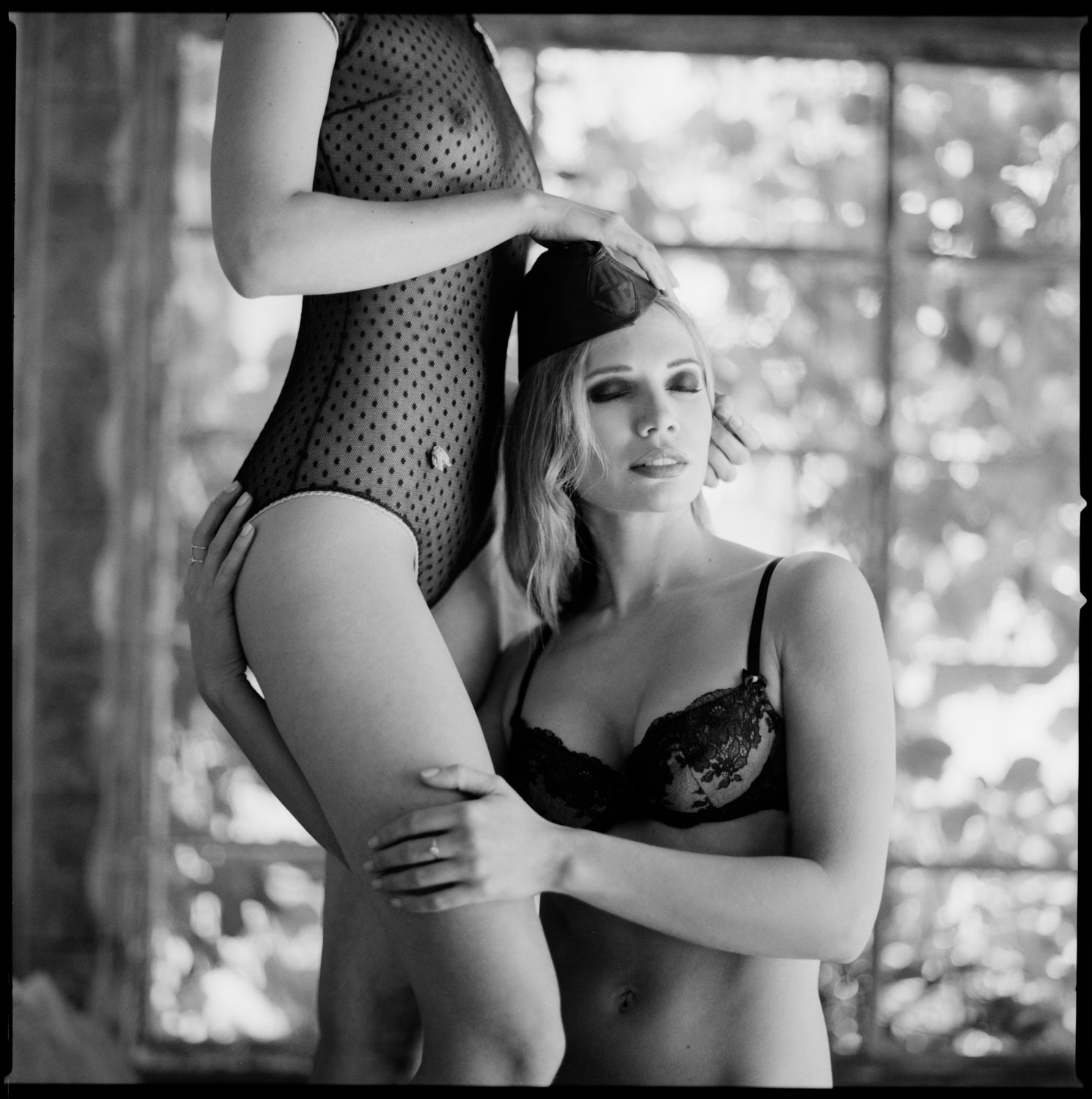 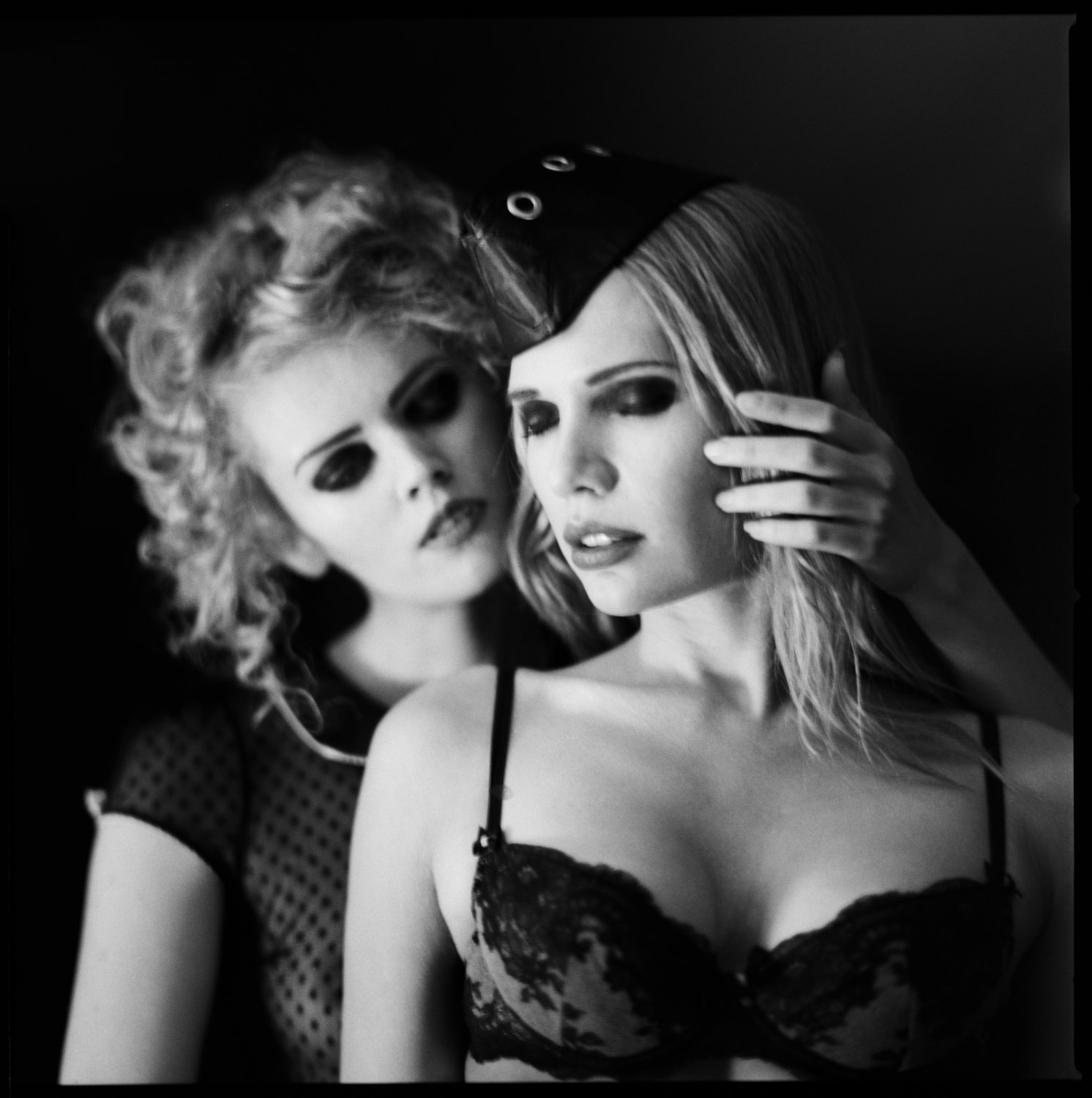 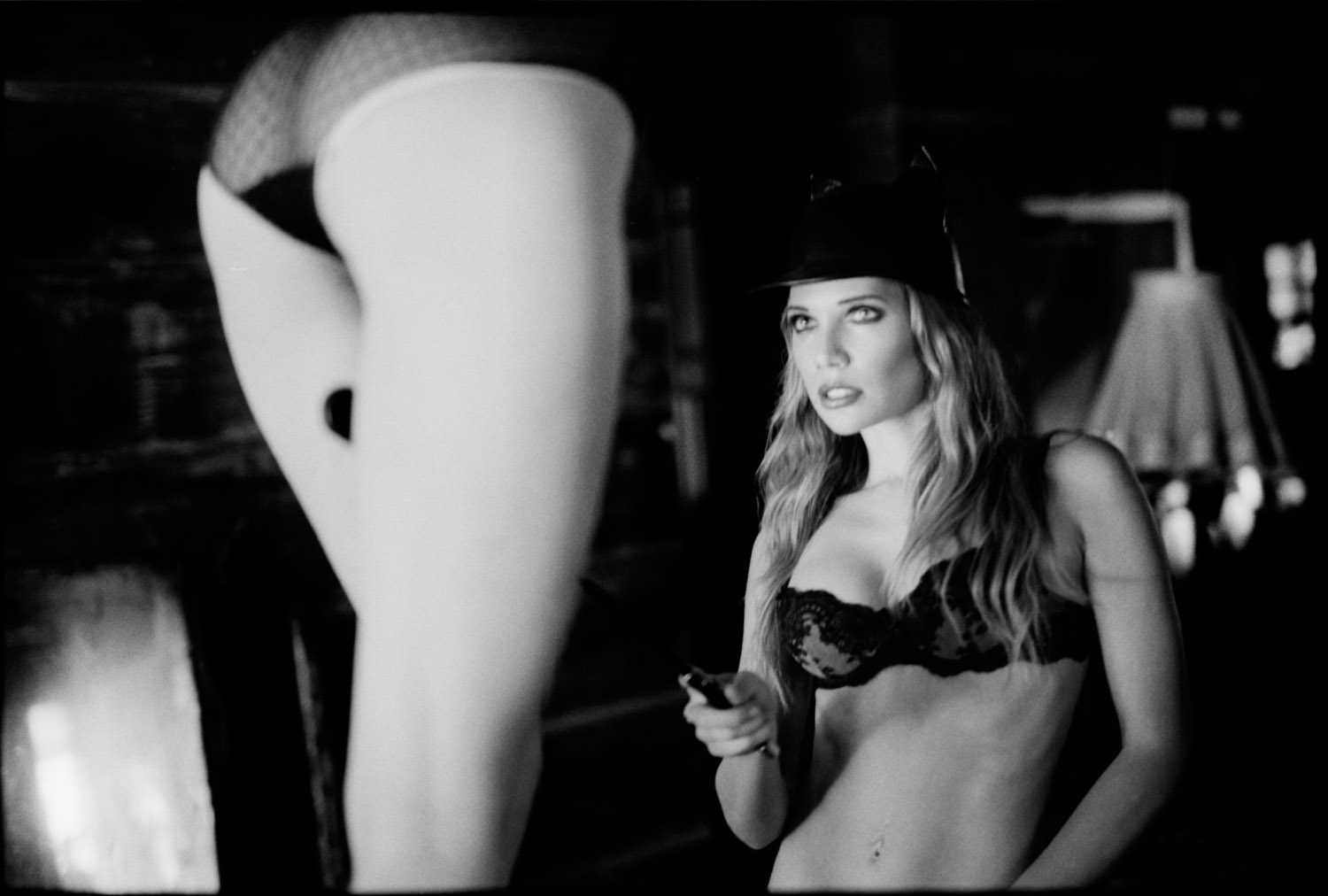 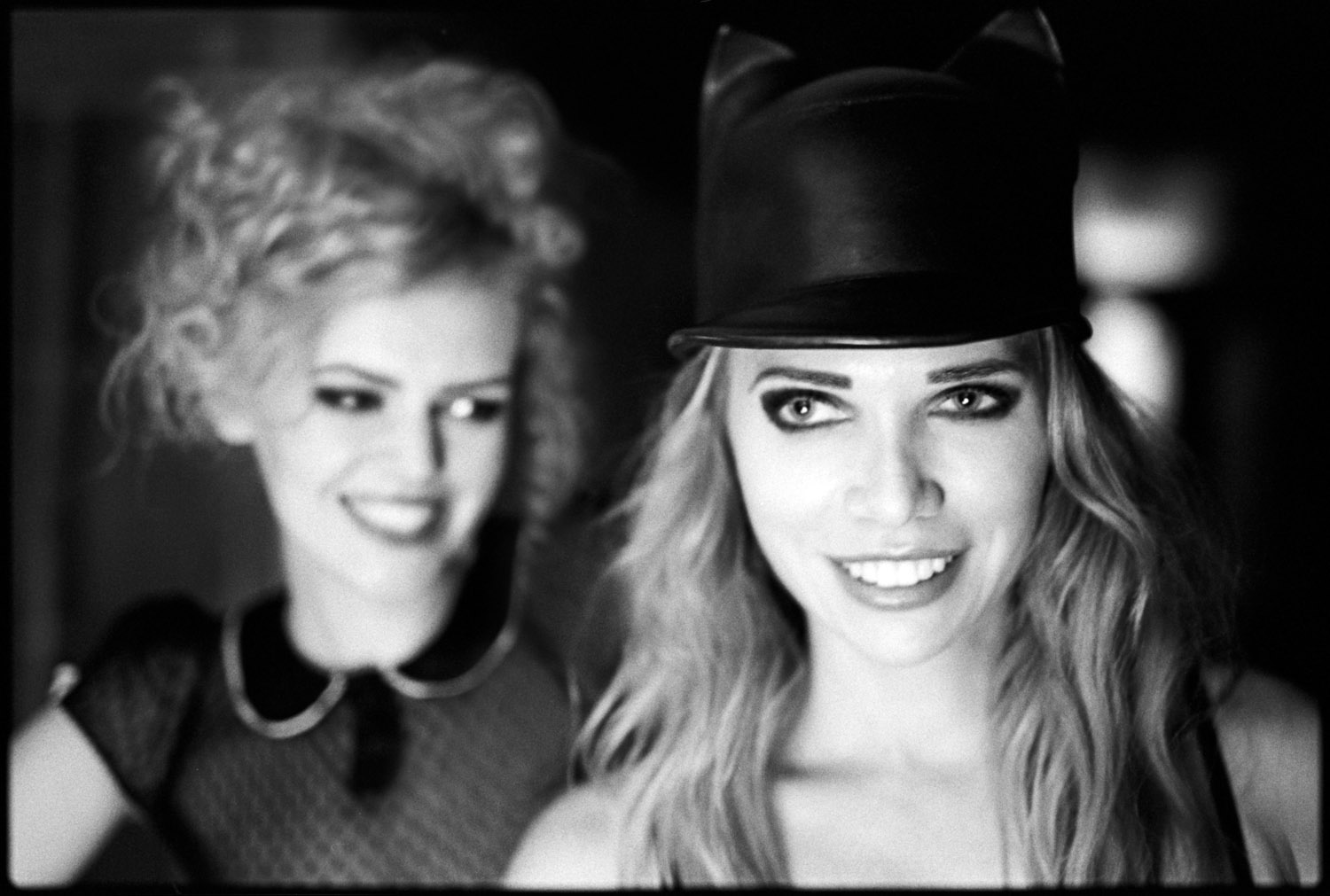 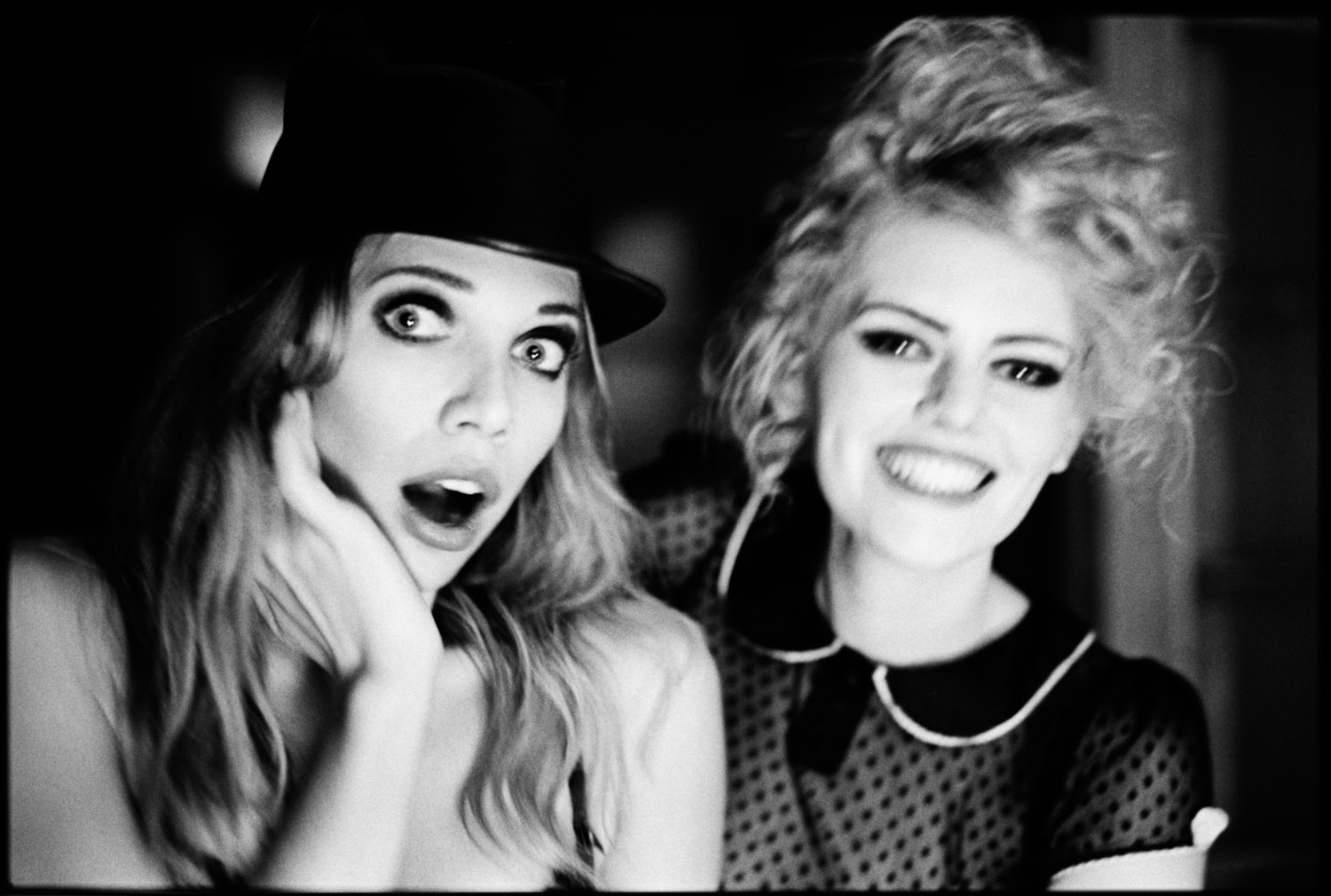 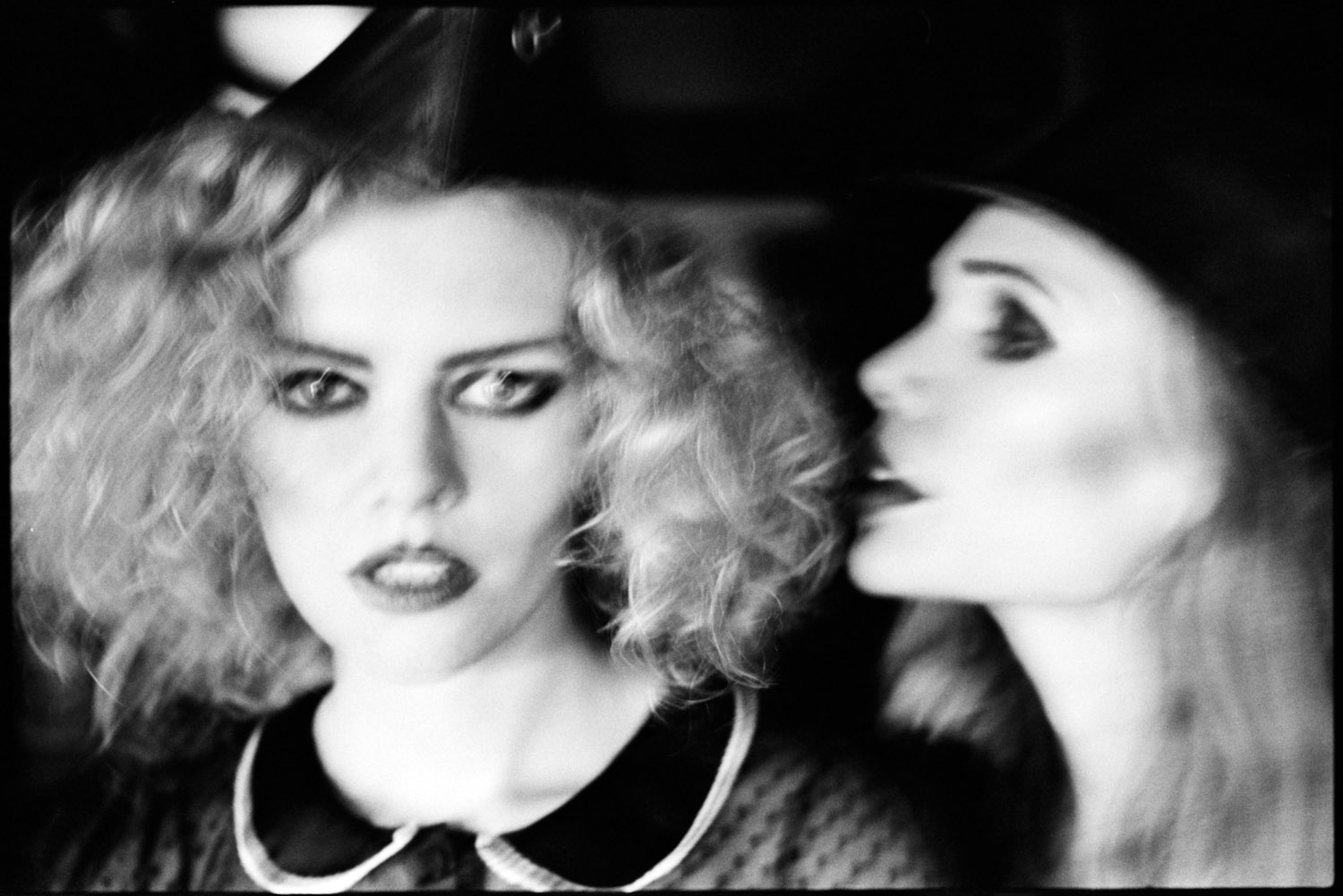 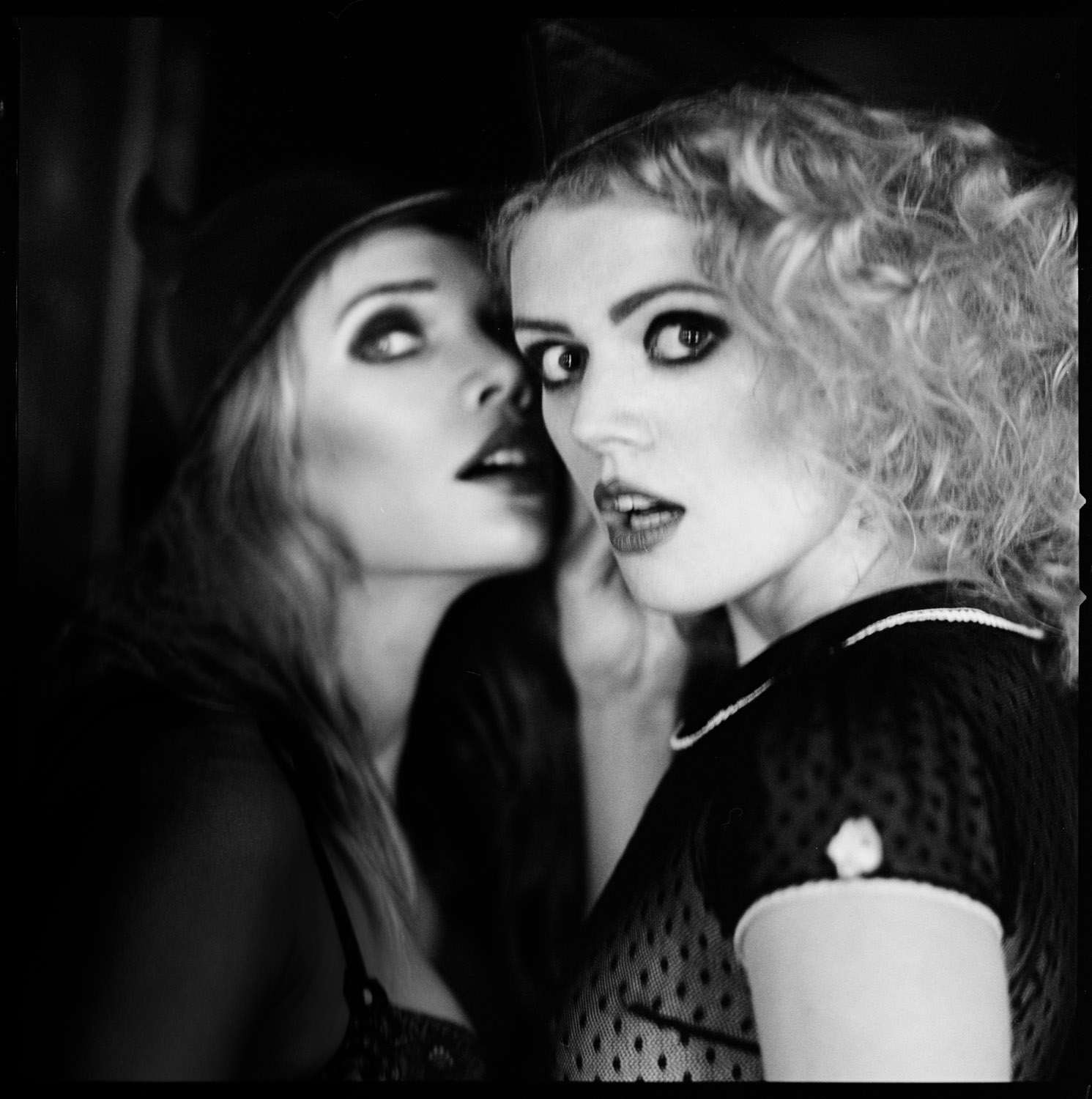